If Ever There Was A WTF Moment

Each day seems to bring a new outrage and diminishes the standing of the United States. Like this:
The entire video is chock full of nearly unbelievable bullshit and Tucker is on his game here mocking the excuses and evasions of the government. All of the powers that be dismissed as crazy conspiracy talk that there were U.S. funded biological warfare labs in Ukraine and it makes sense because why wouldn't it?
Like Tucker, I would have assumed that to be true as well. After all, Ukraine has long been a national basket-case, one of the, if not the, poorest and most corrupt nations in Europe. It has seen political turmoil for years. In other words it is among poorest possible choices of locations for something as dangerous as biological weapon research. A couple of pertinent screenshots from the video:

Don't worry, nothing sketchy is going on! "Does not own or operate" is not the same thing as "does not fund or support".
To reiterate, we are involved in providing aid of "some sort" to a deeply corrupt government owned research facility in Ukraine that is studying effing anthrax, tularemia another "viable biological warfare agent" and "Q fever", another useful little biological weapon that oh by the way we apparently made a bunch of back in the day. Like Tucker says, it isn't like we have any experience with a potentially weaponized biological agent in a foreign country getting loose or anything. I am sure this will be fine.
I should also point out that the Russians have had an extensive biological weapon arsenal since the middle of the Cold War, probably at least as extensive as ours. Weird how the good guys, namely the U.S., have more of the most horrific weapons ever created than anyone else and in our case have actually used them. Anyhoo, the Russians don't need the Ukrainian facilities as they have their own.
If Russia hadn't invaded Ukraine, would it have become open knowledge that the U.S. is sponsoring biological warfare labs in a corrupt Eastern European nation? The spectacle of Rubio and Nuland playing this little charade was classic especially the part where they agreed with each other that any bio attack would absolutely, definitely be the Russians and not an obvious false flag attack to serve as a pretext for us to get involved in Ukraine directly.
What caught my attention during this testimony was Nuland nervously fiddling with her pen every time she was speaking. She might as well have held up a sign that said "I AM LYING" in bold letters. The nervous body language from someone who has been in prominent positions and no doubt testified before Congress many times was as obvious as a neon sign.
A few more things worth noting. Nuland was:
"...the principal deputy foreign policy adviser to Vice President Dick Cheney, exercising an influential role during the Iraq War. From 2005 to 2008, during President George W. Bush's second term, Nuland served as U.S. ambassador to the North Atlantic Treaty Organization (NATO) in Brussels, where she concentrated on mobilizing European support for the U.S. occupation of Afghanistan."
Clearly she has no problems with lying us into wars. Also worth pointing out from her Wikipedia page:

Her dad's real name was Shepsel Ber Nudelman. She is yet another career foreign policy "expert" who carry around the same grudge against Russia that so many neocons also harbor. She has apparently been banging the war drum when it comes to Russia for a very long time and I suspect it has something to do with long simmering tribal resentment. 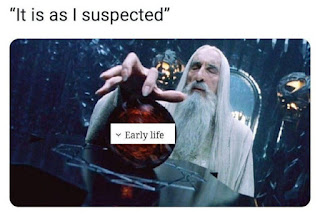 Either way, she is someone who should have been prosecuted for complicity with war crimes or at best she should have been run out of public life and never held a more responsible position than toll booth attendant.
More to the point, even if it is true that these "biological research labs" were on the up and up, why the hell are we funding biological research labs in Ukraine? Why would a serious nation fund and supply a dumpster fire nation like Ukraine with material that can easily be turned into weapons that could conceivably kill millions? How many other jacked up shitholes do we have labs in that we shouldn't, that no one of sound mind would consider putting dangerous material in? How long before it comes back and bites us, and this time not with some piss poor bioweapon like Covid but weaponized anthrax that wipes out continents?
The people we allow to rule over us are virtually without exception stupid, incompetent, cruel and evil. Our lives, the lives of our families, are nothing to them. Eventually something is going to have to give because if it doesn't, none of us will survive.
Posted by Arthur Sido at 8:27 PM