Another one that won't get noticed.
10 people shot after Bogalusa Mardi Gras parade
Bogalusa is a majority (barely) black town in Louisiana. Shockingly the shooting occurred at the intersection of MLK Dr., causing me to wonder if anyone gets shot anywhere but on streets named after MLK. According to Wikipedia, Bogalusa with a population of around 12 thousand people "...has one of the highest crime rates in America compared to all communities of all sizes- from the smallest towns to the very largest cities. One's chance of becoming a victim of either violent or property crime here is one in 17." Think about that a second. You have a 1-in-17 chance of becoming a victim of crime in this shithole.
The shooter is one Less Dillon, apparently Less also describes his intelligence relative to every other human being alive. Here is Less. 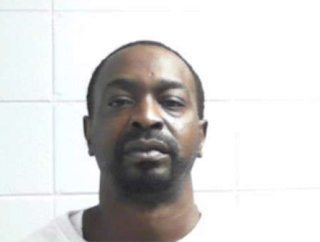 I loved the description of what happened...
Police say Less Dillon, 41, opened fire at a group of people in front of a store. The shooting began as a domestic dispute and most of the victims were unintended bystanders, police say. Bystanders reportedly returned fire. Dillon was seriously injured and was airlifted to a hospital.
After being released from the hospital, Dillon was arrested and is being held on multiple charges pending transport back to Bogalusa.
Dillon has been arrested 18 times since 2003 on a variety of charges, including domestic violence, weapons, and narcotics charges.
You can just see the scene, can't you? Africans blazing away at each other, no one dying, ten ending up in the hospital receiving the finest medical care around courtesy of your tax dollars.
18 arrests since 2003 means he gets arrested about once a year, but those are just arrests. It is a safe bet this guy is committing some sort of crime whenever he is awake and sober enough to get off the couch. I will ask the question I ask all the time, what public utility is served by letting this POS wander around shooting at folks whenever he gets pissed?
These ten were lucky, a couple of other Mardi Gras revelers were not so fortunate.
2 Mardi Gras season visitors slain in separate shootings
One was a 15 year old girl named Heaven Nettles... 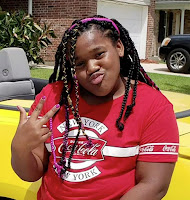 The story makes it sound like three people were killed, not two, the others being a pair of men named Donald Roberts Jr., 39, and Marvin Pepp, 33.
Sounds like maybe it would be best to avoid Mardi Gras in general.
Don't wait for the media to make a big deal about the latest mass shooting. You know why.
Posted by Arthur Sido at 7:00 AM