I stopped what I was writing to say: Run, don’t walk, to Wilder’s joint and read:

The Modern World Part IV: What To Do?
If there is one thing /ourguys/ are good at, it is diagnosing the problems. If there is one thing /ourguys/ suck at, it is prescribing solutions. Bitching about what is wrong is easy, figuring out what to do in response is hard. What John recommends in response to a world gone mad is common sense but that is an uncommon commodity in our world. Basic stuff like eating right, getting married and exercising your mind will go a long way toward improving your quality of life.
His post also contains the worst advice ever given in an internet comment.
Being married is tough. It is certainly tough for my wife to be married to me, I am often a pain in the ass. It would have been easy for her to kick me to the curb a long time ago but we don’t believe that is how you deal with tough times. While it has it’s ups and downs, I wouldn’t trade it for anything.
So when I see people who are supposed to be /ourguys/ telling younger /ourguys/ that marriage is for suckers and women are icky and likely have cooties? It makes me furious.
Sure marriage is hard and yes young White women are a mess. Have you see the average young White guy? Doughy, weird, awkward, soft, spends his day playing video games and watching anime. Wow, what an attractive potential husband they make! Both young men and young women are in a tough marketplace when it comes to marriage.
What should we do? Just retreat to the internet and let White people die out?
Congrats, that is exactly what the globalists want to happen.
Owning the libtards by doing exactly what they want. That is some Trump level 16D chess right there buddy.
Here is a good rule of thumb:
If the advice someone is giving helps to accomplish the goals of the people that hate you, that person is an imbecile and the very epitome of a useful idiot. 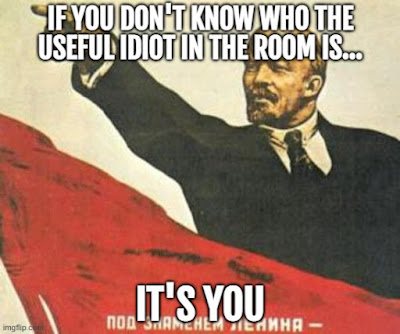 White people dying out is exactly what they want. Do you think it is a coincidence that *they* have been pushing degeneracy for decades, assailing the traditional family, encouraging cheap sex and abortion? The family is the bedrock of Western civilization. Not “muh Constitution”. The family.
If you want to piss off the neo-Bolsheviks and strike terror in their hearts, you don’t do it via anonymous angry ranting online. You don’t even do it by having the best preps. You do it by prioritizing family over anything else.
Young guys, you aren’t going to find the size 2 perkey breasted willowy blonde tradwife in a sundress dancing in a wheat field. You just aren’t. Marriage, especially in the early years, is about two people becoming one unit. This works best when you are young. Again, do you wonder why all of the advice from “experts” who coincidentally hate you is that you should delay marriage as long as possible? My wife wasn’t politically astute when we got married 30 years ago. Like most young women it just wasn’t all that important to her. Today? You bet she is and she “gets it” better than most men on /ourside/. We figured stuff out together and that is hard work but a whole lot easier than trying to find some 32 year old chick that is already red-pilled but not so psychologically scarred as to be useless.
As the ancient saying goes, it is not good for man to be alone. Having a stable family is more important than knowing first aid or being able to hit a target at 1000 yards or an impressive physique.
Young White women, there are men out there who will treat you properly and be good husbands and fathers. Don’t squander your youth chasing the lies you are told by bitter old hags who are dying alone and want every other woman to be as miserable as they are.
Young White men, there are women out there who are worth the effort it takes to make a good marriage. Instead of whining like a little bitch loser about there not being any good ones left, make yourself someone who deserves a good wife and you will be surprised to find that they are out there.
I don’t envy young White people in this current climate but that makes it all the more imperative to reject the false “solution” of being alone. Sure it is hard work but is there anything worthwhile that is easy?