Another "genius moments in African criminality" story. A couple of less amusing stories to follow.
Video shows suspects viciously attack Lamborghini driver during follow-home robbery in downtown LA
You would think they were trying to steal his Lambo. Nope. They were trying to steal his watch. I am sure it is a nice watch but really?
Two of them, one with a gun vs. a lone rich guy and a pizza delivery man that wasn't getting involved. They came away with....
Nothing.
No car. No watch. Not even a free pizza. The guy fights two younger black men, one with a gun, to a standstill over the course of two minutes and then end up fleeing apparently empty handed.
In fairness, stealing a Lamborghini unless you have somewhere to sell it quickly as it is a distinctive car and certainly has a GPS tracking device isn't a smart move but then again these are fairly typical African robbers so I am not expecting them to be smart. I am glad to see this guy fighting back, most people would have just given them the watch but compliance and submission is a signal to these hyaenas that they can abuse you even more.
Even though it was an unsuccessful robbery attempt, the guy is lucky to be alive as one of them had a gun and their famous impulse control might have led to a shooting. Being L.A. the victim likely wasn't armed but more critically he also was paying no attention to his surroundings. The getaway car was parked very close to him with a thug hanging around when the victim was getting into the trunk of his Lambo.... 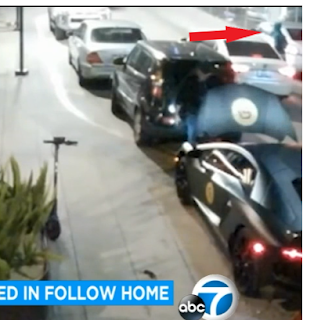 You need to be paying attention no matter where you are and especially if you are in a place like Los Angeles. Again this guy is lucky he is still alive, he should have spotted the punk and the stopped car right away. Keep your head on a swivel, even if you don't drive a Lamborghini. 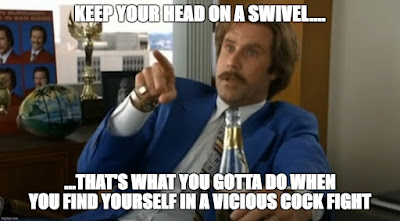