We Wuz Hobbitz And Sheeit!

If you still were wondering if the Lord of the Rings series on Amazon was going to be a dumpster fire, you need wonder no longer. 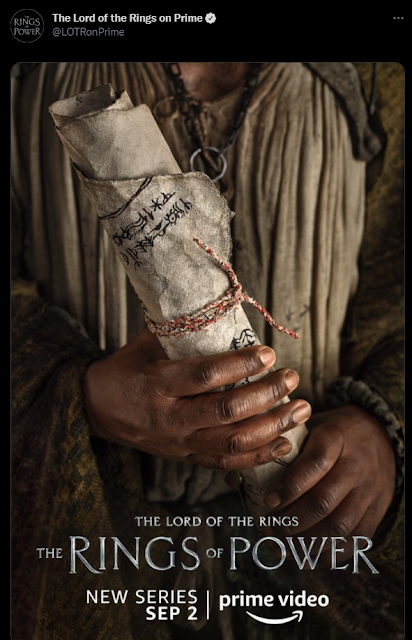 Huh. What Middle Earth really needed was some diversity. The comments on the tweet were hilarious in their utter lack of self-awareness. No one is stopping blaque peepo from writing their own stories and creating their own fantasy worlds populated by black people. It isn't that hard to do, thousands of White nerds did just that through Dungeons & Dragons as kids, including yours truly. I drew up complex maps, populated my world with civilizations and fantastic creatures and did it all with a pencil and some graph paper. So what is stopping Africans from writing their own stories set in worlds that resemble Africa or Detroit? I think we know but if they did it might look like this. 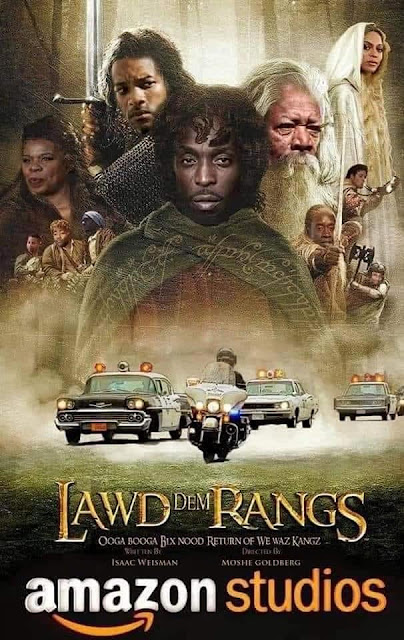 All so tiresome and amusing at the same time. Remember, they hate us and envy us because they ain't us.
White people create a world, black people enter that world and then promptly ruin it. Middle-Earth looks more like real life every day..
Posted by Arthur Sido at 10:18 AM