The Rules Of Civility Will Be The First Casualty 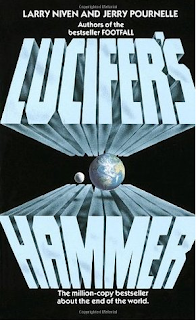 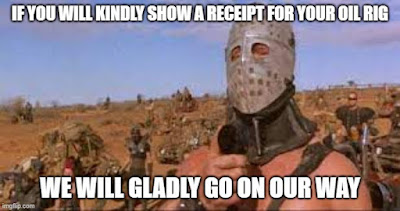 There will be a direct relationship between your likelihood of surviving the initial chaos and how quickly you can change your mindset to reflect the new reality. Whining like a little kid "That's mine, no fair!" won't help you keep your stuff and more than likely will accelerate how quickly you get a bullet in the back of your head. For most of human history and in much of contemporary human reality the rule is still "Might Makes Right". You don't have to become a wastelands warlord but you need to be ready to avoid being a victim of one.
To beat the proverbial dead horse, this is why mental preparation is at least as important as physical prep. The longer your mind stays stuck in normie, "things will go back the way they were" mode, the greater your likelihood of getting killed by someone who doesn't share your fantasy. If someone you don't know (or maybe even do know) shows up unannounced, you won't have the luxury of asking them their business politely. Instead your response should be a twitch away from gunfire unless and until they prove to be harmless. Honestly in a SHTF situation, no one will be harmless. Underestimating the most base human nature will be lethal and quickly.
You should already be categorizing people into different groups in your mind. Your spouse and your kids are hopefully completely trustworthy. Close family and friends would be next on the trust scale. Other friends and acquaintances with useful skills are in the next ring out. After that? Everyone is suspect. Keep your preps on the down low, need to know basis. Don't think for a second that your overweight, soft neighbor who wears socks with sandals and drives a Mini Cooper would hesitate to put one in your back to get your stuff if things get ugly.
The prepared mind is compartmentalized with "how I deal with people now in a mostly polite society" and "seeing everyone as a potential threat". Your trigger to switch mindsets should be very light indeed. The rules of a civil society will be the first casualty, your mental preparation and ability to change gears will determine if you are the second casualty.
Posted by Arthur Sido at 10:12 AM