Good post this morning from John Wilder: War, You’re Soaking In It. Go read it, chop chop.
We are poised on the brink of a war unlike anything anyone alive has experienced, most notably because unlike prior wars going back to everything after December 7, 1941, we don't get to be spectators in this one. The neocons and the warmonger Left pulling Joe Biden's strings are bound and determined to get us into a war with Russia but even setting aside the general slaughter of tangling with Russia on their turf in the winter, the Russians also have the means to hit us in the homeland. Not just with nukes, although that is an obvious factor, but in a lot of other ways. If it goes hot in Ukraine and we get involved, there will be a much larger body count in the mainland U.S. as a result of cyber attacks and the resulting chaos than will be tallied in Eastern Europe from bullets and bombs.
For more than a century, a small group of people who decided they need to be in charge of the world have been working tirelessly to undermine Western civilization, aka White societies, with the goal of replacing those societies with a new system where they are on top. Sure that means that they need to destroy what already exists but all that matters to them is that they are the ones who rule afterward. 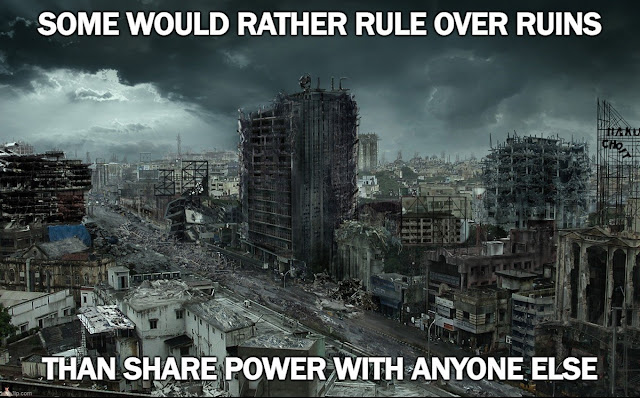 Normal people don't understand this mindset. Normal people just want to be left alone. Normal people look at the ultra-rich and can't figure out why they need to be more ultra-rich. They ask things like "how much money is enough?", living as most of us do more or less paycheck to paycheck. Why are their attitudes so different from the rest of us?
This is a significant problem for many people who are most of the way to /ourside/ because they don't understand the chameleon-like nature of those pushing for the dismantling of the best society known to man for thousands of years. They look like us so why would they want to destroy the system that has allowed them to live freely and become incredibly wealthy? This is not restricted to a single Tribe, there are plenty of White people who are hellbent on wrecking the whole thing despite living lives of unimaginable ease and comfort thanks to the existing society. For more on this see: The Great Reset: Why Bother?
Whatever the reasoning, the culmination of their efforts is approaching. Our society is strong and has deep roots but the endless chopping away is finally paying off for them. With every institution sold out in this effort, wittingly or not, and the American people being replaced wholesale, not much is left to keep the lights on. You can see that the dividing line between civilization and order is growing paper-thin and not much is holding back the barbarism. It seems appropriate to share this again. 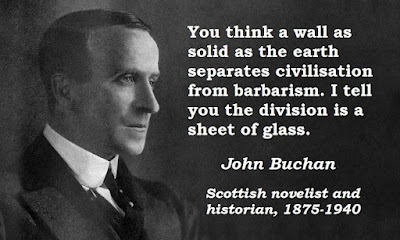 What comes after the collapse is still to be determined. As I wrote in Holding Back The Tide....
Will civilization survive? Not in a form we would recognize, not for a long time. I have faith that civilization will be reborn from the ashes, rising like the phoenix to once more push back against the tides of barbarism. This faith is born of our history as conquerors and explorers, builders and thinkers. We are still those people in spite of their efforts to stamp it out of us.
In time we will rise again and when we do, we must begin the endless fight to preserve civilization and hold back the barbarism and savagery that is man's natural state.
Our task today is no longer about stopping the fall. Nor even is it to cushion the landing. Our sole task is to survive the collapse and to remember, so that we can rebuild again. They have won and are about to reap the degenerate harvest they planted. Hopefully their hubris will prove their undoing and the collapse will get out of their control. My fondest desire is that the architects of our destruction are among the first victims.
(As an aside, after I started this post The Zman published this article that has some connections to mine: The End Of Empire)
Posted by Arthur Sido at 9:49 AM