I Never Had Any Doubt

The keyword alert for "mass shooting" showed up yesterday morning with a story of five people shot, one fatally, at The Melody Hookah Lounge in Blacksburg, Virginia.
A hookah bar you say? A mass shooting you say?
Who can it be now....
A day later the news has moved on quickly and little wonder why.
Jamel Flint arrested in fatal shooting at hookah lounge near Virginia Tech
Here be Jamel... 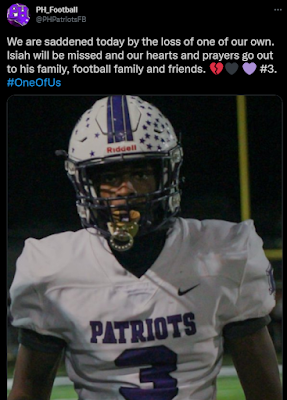 There was apparently a private event, an "altercation" broke out and Jamel started shooting. I went to the Facebook page of the lounge and the first picture including people was this one: Seeing the picture developing yet? I could have drawn it for you just from "mass shooting" and "hookah lounge" but still it always is a useful exercise to follow the evidence. I figure it out, record it and pass it on to the world. Few see it but those few get it.
The same pattern keeps repeating over and over and the main commonality isn't that the people involved are Republicans.
Posted by Arthur Sido at 10:45 AM