Oh, you thought The View would be less moronic without resident Holocaust denier Whoopi? You would be incorrect... 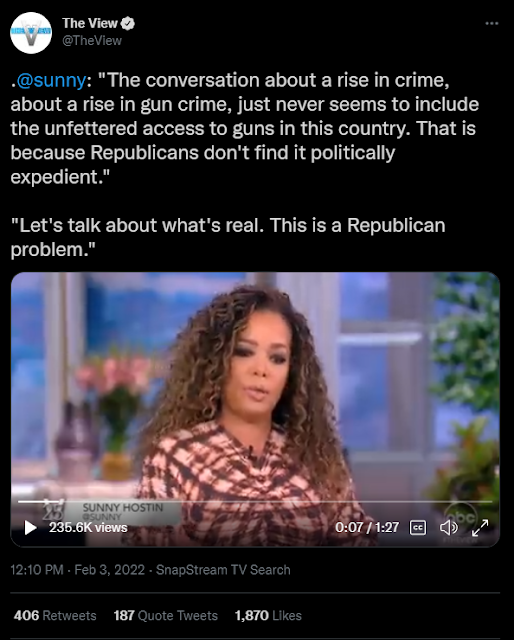 No one has ever done a survey to my knowledge that captures the voting patterns of people using guns in violent crime but I am going to go on a limb here and say that most of them, if they vote at all, vote for Democrats. What we really have is a country where Republicans vote to defend the natural human right of self-defense and black/mestizo Democrats abuse that right by shooting each other. In other words, it isn't a "Republican problem", it is a black problem.
In the spirit of full disclosure, it isn't just mystery meat bimbos on The View saying dumb stuff. Enter Scott Adams, a wildly popular figure who regular says baffling and stupid shit like this. What makes it irritating is that Scott isn't a dumb person, he is pretty smart and often has clever stuff to say but this isn't an example of his cleverness. Lots of cowardly White people will say things about the violence in "Democrat run cities" because they are afraid to say the truth: the problem isn't Democrats as such, although they make things worse, the problem is blacks and mestizos shooting each other. There are lots of heavily Democrat, mostly White areas that have virtually no violent crime other than what the small population of non-Whites commit.
For example there are lots of overwhelmingly White cities with colleges that are notoriously far-left. Take U of M in Ann Arbor, Michigan. Ann Arbor is home to the University of Michigan, a widely recognized extremely leftist campus. According to Wikipedia Ann Arbor has a Democrat mayor and every member of the city council is also a Democrat. Ann Arbor also has a very small black and even smaller mestizo population that is presumably mostly affirmative action students, scholarship athletes and some menial laborers and janitorial staff for the U of M.

AA has more Asians than blacks and mestizos combined thanks to U of M being an elite school.
Ann Arbor like all college towns has it's share of property crime and minor violence from bar fights. It also has a significant number of "rapes" that you can assume are mostly the result of girls overdrinking and getting into a bad situation. What it doesn't have are many murders or drive-by shootings, some years apparently none and even searching for "Ann Arbor murders" you get stuff about a serial killer in the 1960s and one more recent case with the usual suspects.... 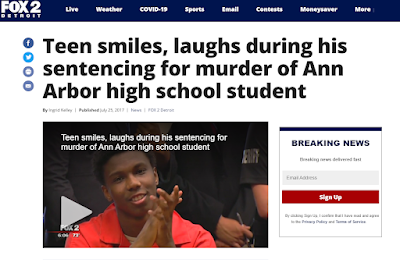 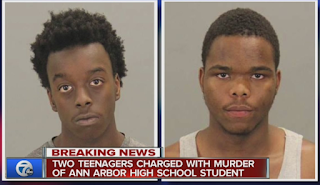 They murdered an apparently mixed race kid in a "botched robbery" where the victim, one Jordan Klee, apparently had "controlled substances", aka drugs, on him. 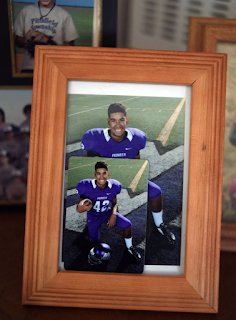 The point being, even in far left, heavily Democrat areas crime is not tied to the politics of the area but the demographics. As I have said before, politics is downstream from culture and culture is downstream from race.
You should expect moronic statements from dimwits on The View, it is all they are capable of and all their audience is able to understand. But someone like Scott Adams knows better, he truly does, and his refusal to say what he knows to be true, instead choosing to dissemble and deflect, is beneath him.
Posted by Arthur Sido at 1:00 PM