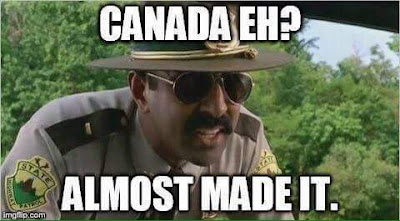 This is supposed to be one of those heart warming stories that middle class White church goers ooh and aah over....
This woman went into labor during an 11-hour flight from Ghana to D.C. and delivered a healthy boy thanks to passengers and the crew
They don't name the woman other than two initials but when my wife was close to full term with our 8 kids she wasn't supposed to drive far from home, much less take an 11 hour international flight. So why would a woman fly from Ghana to America when she was full term? The baby looks plenty healthy so I don't think it was premature, the link said she was due in about a month or so.
I can't imagine she was trying to get to America to deliver so her baby would be an American citizen or anything. She might be an American citizen but it seems pretty secretive which suggests that she was an African citizen.
"African woman tries to make it to America to give birth to an anchor baby" doesn't make for quite the heart-warming headline.
Posted by Arthur Sido at 6:20 PM