This seems so out of character for a champion of the working class like Chuck Schumer. 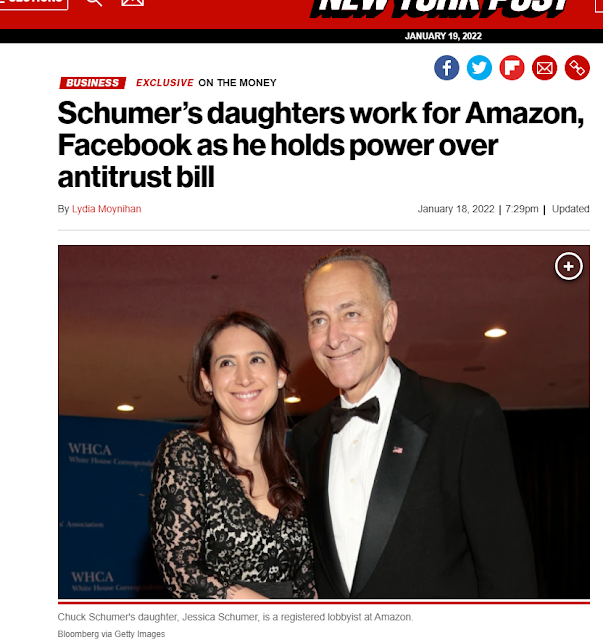 Senate Majority Leader Chuck Schumer is responsible for shepherding antitrust bills that aim to crack down on Big Tech — and both his children are on the payroll of companies the proposals would seek to rein in, On the Money has learned.
Jessica Schumer is a registered lobbyist at Amazon, according to New York state records. Alison Schumer works at Facebook as a product marketing manager.
Starting to feel like the deck is stacked again you? Starting to understand who has stacked the deck?
It isn't just here. Check out my 2019 post Everyone Else Should Pay For My Poor Decision Making! and see why nothing ever seems to get done, apparently when Big Business pays for politicians they make sure they protect....Big Business.
Globohomo Corporate and the Federal mandarin class are one giant entity, different job titles but working for the same people with the same goals. Spoiler alert, none of those people they are working for are you.
Posted by Arthur Sido at 2:18 PM