Pandemic Of The Fat Women Of Color

Most of us have witnessed something like this: a morbidly obese person, usually a middle aged woman, riding alone in a car wearing a mask. Often you see this person, as I did this week, pulling out of McDonalds where they have a sack with 1500 calories of grease, carbs and sugar but are wearing their mask because they are worried about their health.
There isn't a health concern in America that is more prevalent and deadly than obesity. Once fairly rare, it is now nearly ubiquitous. According to the once reliable source, the CDC, many states report that 1 out of 3 adults, or more, are obese. 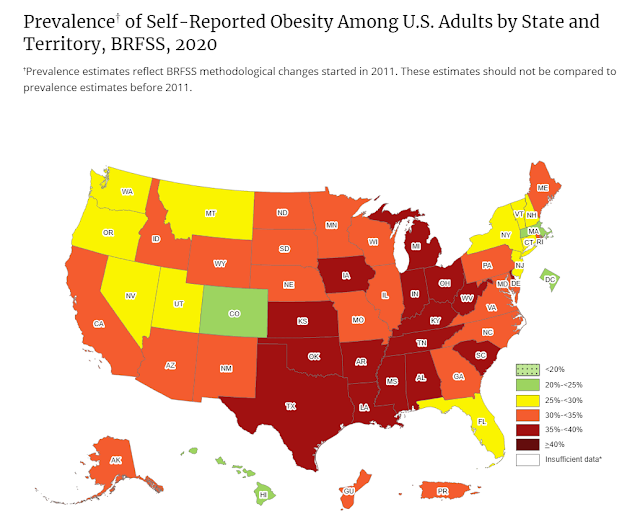 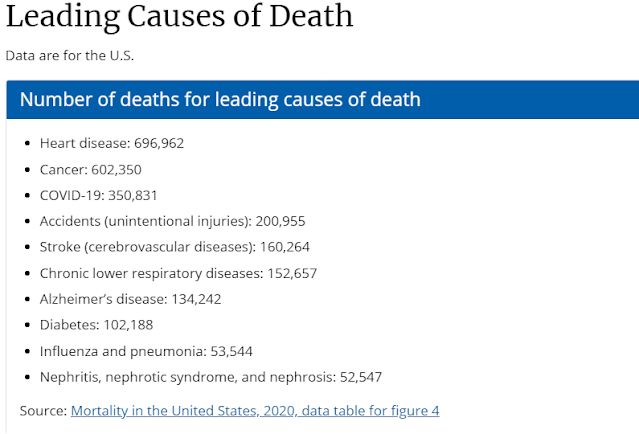 Most of those are directly related to being fat. You might also note that the Covid number looks awfully large until you read elsewhere from the CDC....

That means that on average, people who "died from Covid-19" had an average of 3 things that killed them and only 6% of those dying were killed solely by the 'vid. That data was from 2020. Here is more recent and comprehensive data, also from the CDC... 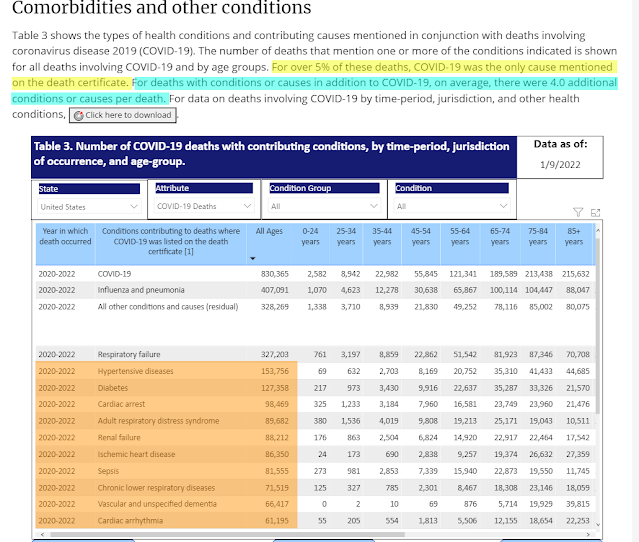 People who are listed as dying from Covid-19, some 830,000 people, on average had 4 other causes of death listed on the death cert, including the vague "All other conditions and causes" in over 328,000 cases and the long lost and missing flu in over 407,000 cases. All of those people that normally die from the flu that were listed as Covid? Yeah, half of the Covid deaths also included the flu which could mean that these people just died from the flu and happened to test positive for Covid.
Anyway, look at the section highlighted above. Hypertensive disease, diabetes, cardiac arrest, renal failure, heart disease. Those are all fatty diseases.
In a nation where half of the people are paralyzed by fear of the Covid, one thing that we know for sure is that the number one risk factor for having severe or lethal Covid is being obese. So one would think that we would be telling people, besides wearing useless masks and getting useless/dangerous experimental jabs, that they should lose some damn weight.
You would be incorrect.
Instead we are seeing the looniest among us now telling us that pointing out that being fat is terrible for your health is "fatphobia". As an added bonus many of the loudest voices, shockingly, are fat wahmen of colour. Who can forget Brittany Cooper, a Jabba the Hutt lookalike "gender studies professor", who claimed that Trump made her fat.

“I hate when people talk about Black women being obese. I hate it, because it becomes a way to blame us for a set of conditions that we didn’t create.” – @ProfessorCrunk.

Watch full episodes of #BlackWomenOWN the Conversation and more on the OWN app or https://t.co/NeZ9hnezAR. pic.twitter.com/pRKukjqbnV

That was two and a half years ago and it hasn't gotten better. I went to the Nike webpage to order some shoes for an Amish kid, I don't own or patronize Nike of course, and was greeted by this goliath of a black wahmen athlete. The scrawny little black dude behind her just makes her look that much larger. 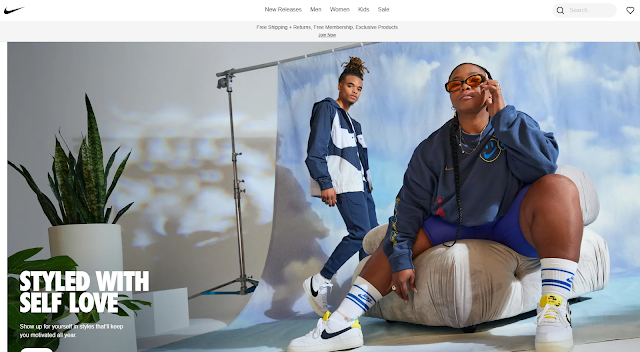 The future of fitness is being grossly overweight I guess. Where does one get an outfit like that to hold in 500 pounds of African woman?
To add a little flava flava, here is a hugely fat South Asian chick who is apparently a sex therapist. She would be very effective if you needed therapy to eliminate ever having another erection. 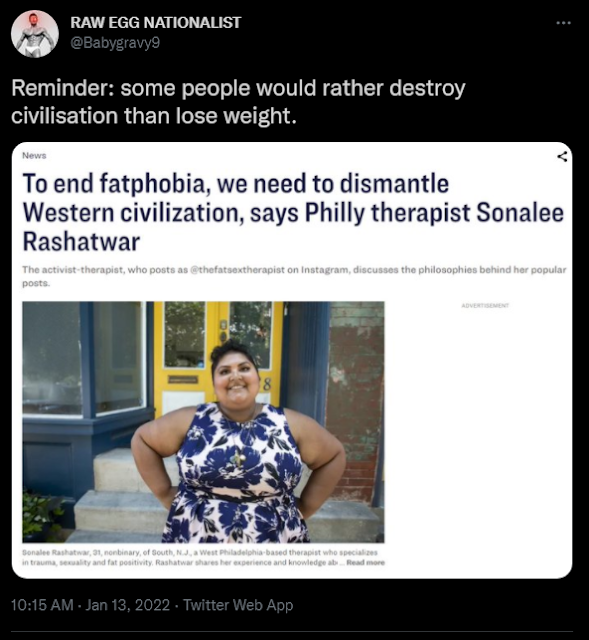 The obvious question: why would someone named Sonalee Rashatwar who clearly is descended from people who voluntarily left their own civilization to move to Western civilization where their descendent is so oppressed she can make a living being a sex therapist and eating 12,000 calories a day, now decide that it is better to overturn that civilization than to exercise a little self-control at the dining room table? In whatever shithole civilization her family fled, it is unlikely she would have a career talking about sex that paid her enough to be enormously fat.
Instead of lockdowns, endless jabs, masks, and social distancing it would be far simpler to just tell people to stop eating so much, get a little exercise and go outside now and then. Of course we can't do that because it places some of the burden for personal health on....that person. Can't have that, we need to find some external culprit: Orange Man Made Me Fat or Racist White People Made Me Fat or Western Civilization Made Me Fat or Fatphobia Made Me Fat. Anything but Me Stuffing My Pie Hole Made Me Fat.
We are living in an utter clown world where simply stating the obvious, like being fat is unhealthy, is now forbidden.
Posted by Arthur Sido at 6:46 PM