The State Of America In One Story

(This post is seriously lacking in Christmas cheer. You have been warned.)
There has been a story dominating local news all week and it really captures just how utterly fucked up our society is at this point. A 9 year old boy in Fort Wayne was beaten to death last weekend:
Coroner says boy, 9, had ‘multiple blunt force injuries’
The boy in question is was one Elijah T. Ross.... 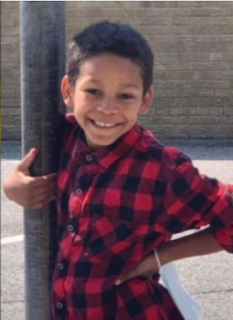 The story went from awful to really awful pretty fast.
Stepmother arrested in 9-year-old’s death; court records detail abuse
According to a probable cause affidavit released Wednesday, young Elijah’s mother – Jenna Miller – brought him to the hospital. He was “cold and limp” when they arrived, and was pronounced dead just after 2 a.m. Doctors found “multiple bruises” on the boy’s arms and face, “major” bruising to his lower back and buttocks, multiple bruises and swelling and abrasions on his shoulders, and a small cut on his penis.
Egad. Notice the part in red, you will see why in a moment. Then mama was arrested for neglect of a dependent causing death...
Mother arrested for death of 9-year-old boy on Putnam Street
If you are good at biology, you might have noticed something. The presence of both a mother and a "step-mother". Here is the lovely couple.... 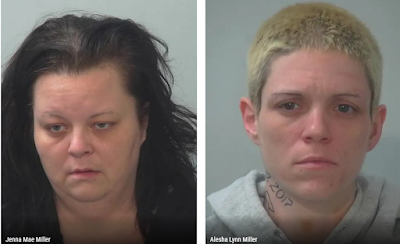