The Court In Clown World

Not only is our judicial system slanted against heritage Americans, it is also full of silliness.

Case in point: the trial of Jussie Smollett, a black homosexual actor, for filing a false report claiming to have been attacked, during the dead of night, in the middle of winter, in Chicago, by two White man wearing MAGA hats.
I can’t even type the words without busting out laughing.
Anyway, this fiasco is playing out in what is supposed to be a legitimate court of law where serious business takes place. That is not what is going on of course. Last week, the prosecution’s star witnesses, a pair of Nigerian brothers who allegedly were paid by Juicy to pretend-beat-him-up were testifying to this effect. One of the defense attorneys, Tamara Walker, was trying to make a big deal out of the brothers using “homophobic” slurs like, and I quote, “fruity ass”. The judge stopped the line of questioning, because it was dumb, and Juicy’s lawyer asked for a sidebar, meaning the jury was removed from the courtroom. That is where it gets weird. 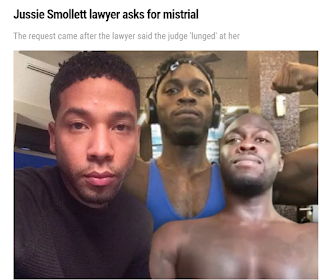 Jussie Smollett lawyer asks for mistrial
….Walker asked the judge for a sidebar and Linn granted it.
According to Walker, during the conference, Linn ‘physically lunged’ at her after members of the jury had left the room, spurring the lawyer to motion for a mistrial – which Linn promptly denied.
‘When you said the word mistrial on these grounds, frankly I was stunned you’d even consider a mistrial based on this,’ Linn reportedly responded.
‘I marched right back behind my bench,’ Linn told The New York Post Thursday following the alleged incident, adding that he didn’t lunge at the lawyer.
After seeing her motion rejected, Walker appeared to be close to tears as she argued with Linn that her questions were warranted. She left the courtroom with her mother as the rest of Smollett’s team continued to clamor for a mistrial….
She left the courtroom in tears with her mommy? One of the most high profile legal cases in America this year and one of the defendant’s attorney pulls what clearly is a stunt? Of course his corpulent black wahman attorney is a top notch legal scholar, based on her areas of practice: 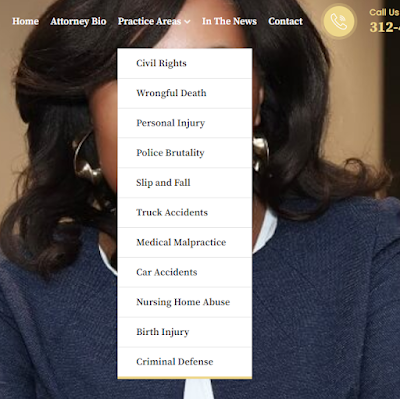 I would call her an ambulance chaser but I doubt she could chase much of anything for very far, at least no farther than the distance from the buffet to her table.
Our legal system was once the model for the rest of the world, based on centuries old legal principles. Now it is a circus with crying lawyers and “if the glove doesn’t fit, you must acquit” legal reasoning.
You can’t trust your life and freedom to such a system. We live in clown world and the legal system is leading the way.