Word has come down from Michigan that the parents of a young gomer who shot a bunch of people at school, killing four fellow students, have been charged with involuntary manslaughter.
Parents knew Oxford High suspect was troubled, charged with manslaughter, officials say
Oakland County Prosecutor Karen McDonald on Friday filed involuntary manslaughter charges against the suspect's parents in the Oxford High School shooting.
Jennifer and James Crumbley — the parents of 15-year-old Ethan Crumbley, who is  accused of killing four of his classmates and wounding seven others — were charged with four counts of involuntary manslaughter in the deaths of Hana St. Juliana, 14; Madisyn Baldwin, 17; Tate Myre, 16; and Justin Shilling, 17.
“These charges are intended to hold individuals who contributed to this tragedy accountable, but also to send a message,” McDonald said at a press conference. “We need to do better in this country. We need to say enough is enough. For our kids, teachers and all of us.”
This Crumbley kid is straight out of central casting, a White weird looking kid with serious mental issues. 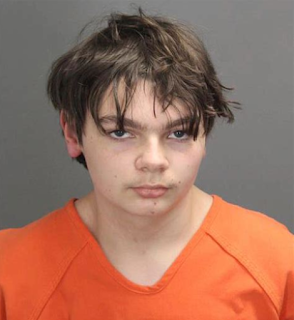 The kid was clearly planning on doing something and the school let him stay on school grounds, where he eventually would start shooting.
It sounds like not only is the county trying to shift blame away from the school to avoid lawsuits but also creating a new, dangerous precedent. Are parents to blame for their kid doing something like this, and not just blame but criminally liable?
Growing up our guns were locked up but I knew where the key was and the gun case itself was just wood with a glass front that would have been easy to force open. Then again, I grew up learning about proper gun safety and that it wasn't OK to shoot people because I was having a rough time in life.
Something I have to wonder: how many black parents have been arrested after Jawq'liciquous shoots into a crowd? The black kid who shot several people at his Texas high school and was granted bail and home the next day, did his mama get charged?
Like I keep saying, we operate under a two tier "justice" system and if you are White, you aren't going to get fair treatment from the law. Not anymore.
Posted by Arthur Sido at 3:51 PM