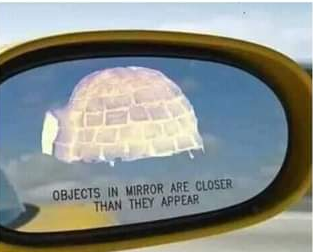 As soon as Christmas and New Years are over, the media is going to turn all it's attention to the one year anniversary of the risible January 6th "insurrection". They have been salivating in anticipation, it is the greatest gift to the media since Orange Man Bad was elected.
Leading up to the anniversary of a non-event, we are hearing more chatter about an impending second civil war, not from boogalo-bois but from the mainstream media.
Exhibit A, dimwit Charles Blow(job) writing in the New York Times:
We’re Edging Closer to Civil War
According to Blow, it might be abortion that pushes us over the edge which is quite possible. Of course as every black "intellectual" invariable does, he somehow makes this about slavery.
I see too many uneasy parallels between what was happening nearly 200 years ago and what is happening now. I see this country on the verge of another civil war, as the Calhounian impulse is reborn....
....And this war won’t be only about the subjugation of Black people but also about the subjugation of all who challenge the white racist patriarchy.
It will seek to push back against all the “others”: Black people, immigrants, Muslims, Jews, L.G.B.T.Q. people and, yes, women, particularly liberal ones.
They really have such a child-like grasp of history that they can't understand anything other than something that ended 150 years ago.
The White racist patriarchy, in other words the system that created a nation where a buffoon like Charles Blow can make a lovely salary writing slander about the American people, is bad apparently. Blow doesn't mention that gays, immigrants (esp. Asians), Jews and women in particular are in far more danger of being harmed by blacks than by "racist White patriarchs". Just a mild oversight I am sure. 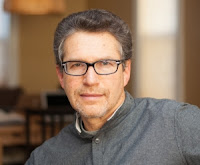 Then we have one David H. Freedman writing on my birthday no less for Newsweek. I am always startled to see that Newsweek is still a thing. Like USA Today, Newsweek was always aimed at a target audience that was barely literate at best. Freedman looks like a weasel and I suspect that his background includes exactly what you would suspect. He boasts of being a "science writer" for The Atlantic while admitting he has no scientific training whatsoever.
His essay for Newsweek won't win any awards for writing style or for subtlety: Millions of Angry, Armed Americans Stand Ready to Seize Power If Trump Loses in 2024
Freedman brings up January 6th no less than 7 times in his shitty little essay. He bases his whole essay on some fairly mild comments by a 73 year old Vietnam vet named  Mike "Wompus" Nieznany. From these comments, Freedman creates a whole imaginary world of those millions of angry, armed Americans.
The entire essay is chock full of lies and evasions, like this:
In 2020, 17 million Americans bought 40 million guns and in 2021 were on track to add another 20 million. If historical trends hold, the buyers will be overwhelmingly white, Republican and southern or rural.
"If historical trends hold". We don't have to guess or wonder, we know a lot about who bought guns in 2020 and a record percentage of them were new gun owners (many in the suburbs and cities), women and minorities. Sure Bubba and the boys bought more guns but it is common knowledge that the torrid pace of gun purchasing in 2020 cut across all demographic lines. As a little FFL out in the country, many of my customers last year were not the stereotypical gun owners Freedman is talking about. We had women, blacks, Asians, mestizos, lots of people from cities and suburbs. If their money was good and they passed the background check, I was happy to sell them a firearm. He repeats this falsehood later, even while admitting that the data shows more "non-traditional" gun buyers in 2020....
While there's data to suggest Democrats are stepping up their modest share of the gun-buying, recent history suggests that the great majority of these guns are going to Republicans. According to a 2017 Pew Research Center survey, Republicans and Republican-leaning independents were more than twice as likely to own a gun as their Democratic counterparts.
In short, he is flat out lying to create an image in the mind of his readers of hordes of gun owning conservatives storming the Capitol if the election doesn't go the way they want in 2024. He also raises the idea of using the military to enforce the "election", something I just wrote about this week: Paving The Way For An (Actual) Coup
It is unlikely that Charles Blow and David Freedman, even as men of at best middling intelligence, really think there is going to be an armed revolution. They certainly don't think that January 6th was an actual attempted "insurrection".
But the dipshits that read The New York Times and even those that inexplicably still read Newsweek, at it's pinnacle deserving nothing more than being flipped through in a waiting room? They believe it. They believe it because they live in their own little leftist bubble where they believe everything they are told. In the spirit of fairness, this is true on the conservative side as well where people take at face value what they hear from Glen Beck. But those on the left are convinced, absolutely and without reservation, that "our democracy" is in grave peril because people like me own firearms that hold more than a single .22 round.
Thus the next civil war or secession or balkanization becomes a self-fulfilling prophecy. The left rank-and-file is convinced that the nation is full of dangerous hillbillies with personal arsenals rivaling NATO and therefore is willing to keep pushing policies that further radicalize those on the right in the name of safety against "domestic terrorism". Those on the right are increasingly convinced that our electoral system, along with the judicial system and every other institution, are working against them and that the government is no longer legitimate. Having the institutions of the country in lockstep to try to censor, repress and disarm them just makes it worse. All the while the media keeps pushing these narratives because, despite their handwringing, they are hoping to see things go kinetic, as that would provide the pretext they desire to take the big steps to cement control of the country.
Things is, it won't go the way they seem to think. I don't think law enforcement is going to be quite as effective or compliant as they think (more on that soon), nor the military. It wouldn't be the first time that people set something in motion expecting one thing, only to have it backfire in a most spectacular fashion. What is definitely true is that media figures, print and TV alike, have openly placed themselves firmly in the enemy camp and aren't likely to enjoy their time in the Big Igloo.
Regardless, it seems more likely than any time I can recall that things are going to blow up in a major conflagration and soon.
I suspect that when it comes, it will be something few if any of us saw coming. Going into 2020, I expected to see some chaos with the Presidential election but no one saw coronavirus coming (except the Chinese and Bill Gates because they made it in a lab) and no one could have imagined that a lifelong violent thug with heart disease dying of heart failure while loaded up on drugs and resisting arrest would lead to a summer of cities burning. What triggers the next stage of the conflict is hard to predict, but it isn't hard at all to predict that something is coming. Too many people with too much power have too much invested in something ugly happening for it to not happen now.
Posted by Arthur Sido at 9:56 AM