Mike Shelby seems to think so, according to a special Dispatch from Forward Observer.
In light of recent events, we're adding a daily NATO-Russia SITREP to our daily Early Warning report due to the likelihood of conflict over the next 30 days. Yes, it's that close.
Well that sounds ominous. I don't think he is wrong. At Tactical Wisdom, a similar time frame:
The Truth About the Ukraine
...But what does this mean for preparedness? Well, it means that you need to be ready within the next 30 days (75 days max) for a European land war. Russia has demanded that the EU and NATO rescind their membership offers to Ukraine, in compliance with their prior treaty, and Joe Biden has demanded that Russia withdraw from Crimea.
Neither of those things is going to happen. Russia has amassed a massive force on the border. Just days ago, field hospital units and air-medical transports arrived in the area. Those would not be needed for training. The OSCE is reporting GPS and radio jamming, and Russian tanks appear to have been modified for combat operations.
As JD mentions, a conflict between Russia and Ukraine won't stay isolated. As it expands, it is possible or quite probable that we could see cyber-warfare on a level never before seen in conflicts and what better time for the ChiComs to invade Taiwan with the U.S. and Europe in chaos?
More on this in a good post from Big Country Expat: Crazy Busy and War?
Most people in the U.S. don't know where Ukraine is or Russia for that matter, they just know that reliable sources at CNN and MSNBC said Russia helped Orange Man Bad win and therefore Putin Man Also Bad. Ask them why there is so much bad blood between these nations and Mother Russia and they won't have a clue what the fuck you are talking about. More critical right now, ask them why the U.S. needs to get involved in a territorial dispute in Eastern Europe to the point of putting boots on the ground or even nukes in the skies. Just don't wait for an answer. Tucker Carlson to his credit had one of the few non-retarded takes on the whole thing, for which the rest of the "media" promptly REEEE'D their hearts out.
Here is a map of Europe with Russia and most of the nations of NATO noted. 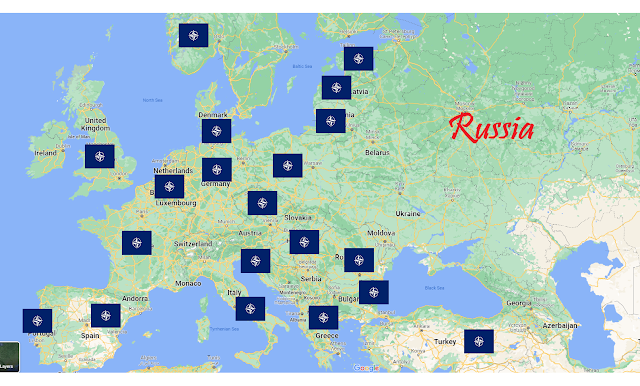 Huh, why would Russia be concerned about an encroaching NATO that was formed specifically as a counter to a now non-existent Soviet Union? Or even better, do the thought experiment of pondering what the U.S. response would be if the Russians and ChiComs formed a new anti-American alliance and started enrolling Mexico, Cuba and the rest of Central America in their little club. It wouldn't be popular to say the least.
At least the invasions and subsequent occupations of Afghanistan and even sort of Iraq could be kind of justified as a response to 9/11. Getting in-between Russia and Ukraine? That is a shitshow of epic proportions and no one can explain why it is in our national interest to go toe to toe with the second largest nuclear power in the world. That of course is not stopping them from doing their best to get us into a shooting war with the Russkies.
If we get roped into a war with Russia, I hope they kick our asses. Not because I am pro-Russia but because it might be what we need to maybe stop us from shooting at foreigners whenever our leaders get bored.
If it is to be war, you can count me out but sitting it out won't mean not being impacted. Start to plan now for what might be the result of a shooting war, which will lead to immediate panic buying of staple goods, food, gasoline, generators, etc. Also plan on disrupted comms for an indeterminate time.
I can't believe that I am the age I am now and it looks like we might finally go to war with Russia, the nightmare that haunted all of us when I was growing up in the 70s and 80s. 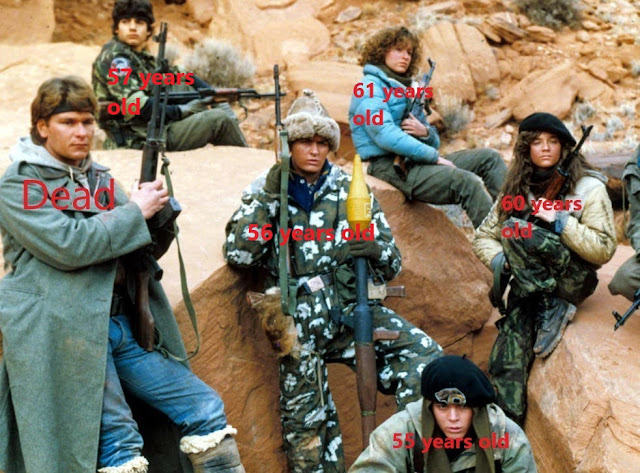