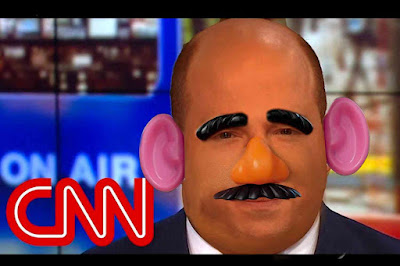 When you drive for a living, you need your oil changed. A lot. Skipping maintenance to save a buck bites you in the ass 100% of the time, whether on vehicles or firearms or your body. The local Chevy dealer in Ohio actually has pretty good prices on oil changes and gives the big van a looking over so I take it there a lot instead of some quick lube place. The downside is that it usually takes a little more time.
Anyway, was getting the oil changed and after checking in I went to the waiting area to read and have MOAR COFFEE, and brother I have had a lot of coffee today. The TV was on and tuned to CNN. Now I don't have cable/satellite and I don't watch TV so I haven't actually seen CNN in many years other than watching brief clips followed by Mark Dice or Tucker mocking them.
As I sat down, some weirdo I have never seen before (as opposed to weirdos like Jeffrey "Jacking Off" Toobin that I recognize) was talking about the state of America. I was barely sitting down before he started talking about Trump. Then more about Orange Man and his evil followers.
Fade to commercial for Medicare.
Back and now talking about the Jussie Smollett trial and providing commentary as if this was a serious court case. Actually having a conversation about his credibility on the stand. Really.
Fade to commercial, also for Medicare. Then a commercial for an upcoming CNN special on Charlottesville featuring ominous music.
Thankfully my wife called and then everyone else was out of the waiting area so I could mute the TV.
This is the whole purpose of CNN, to replay and distort the events of the last five years and remind their handful of viewers that Orange Man Bad was indeed bad. Oh and to repeat the party line, like their homepage today: 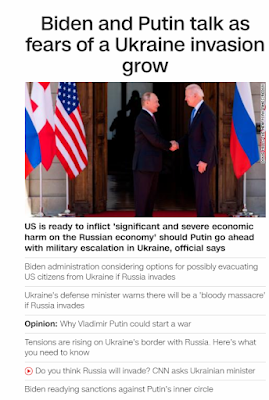 The only interesting things CNN has accomplished in the last decade are a guy beating his meat on a Zoom call and Chris Cuomo being fired in disgrace.
Posted by Arthur Sido at 11:57 AM