Are We Back In The Wild West?

Boy how things have changed in a year. When I peruse my distributor and manufacturer sites, there are all the AR-15s you could ever want in every brand and configuration. Even some of the high end boutique brands like Sons of Liberty Gun Works are available and the mass market brands like Palmetto State, Ruger, S&W and Aero Precision are borderline begging people to buy their rifles, for example this deal from PSA (I don't get compensated for this) 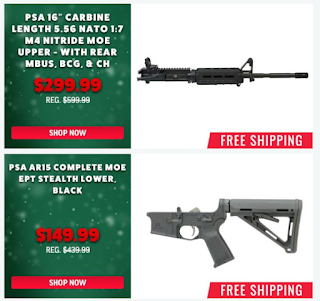 All in (plus tax) including free shipping for just under $450. Buying a complete upper and pairing it with a complete lower is the way to go, you save a bunch of money by pushing a couple of pins out and then back in again. For that kind of money, buy it, slap an optic on it, run some rounds through it, clean it and lube it and stick it in the back of your safe.
Most common handguns are in stock as well, other than Glocks which are still super popular with the brothers, and some of the really snazzy stuff that is reserved for the big dealers, but you can get the common stuff no problem at all. I was talking with one of my reps from my biggest distributor and she mentioned that AR sales are dead in the water. I have sold a few this month but generally speaking they are collecting dust right now.
What isn't sitting around? Revolvers and lever action rifles. Those things are selling out like crazy. Any revolver in a .38/.357 comes in and out of stock in a hurry. .44 Mag or Special? Fugghedaboutit. This is especially true for Smith & Wesson and Ruger. You can get Kimber revolvers still if you enjoy paying too much.
The other thing you can't get are lever action rifles which is weird because those things are chambered in "underpowered" calibers like .44/.357 or 30-30/45-70. They are still popular for deer hunting since most places in the East you are shooting well within the range of those calibers and are never really stretching out to the big caliber distances. Even used lever actions are exploding in price, if you want an older Marlin 45-70 you better plan on spending more than a grand for it, maybe even multiple thousands. It is crazy. If you want something in 6.5 Creedmoor, you can probably find it. A Marlin 30-30 lever action, one of the most venerable guns in America? Not a chance unless you are willing to pay through the nose for it. 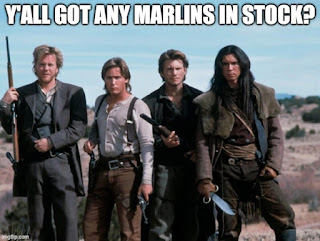 New gun sales are very slow but we are seeing lots of transfers from online purchases coming in and mostly used or unique firearms. Everyone panic bought their AR-15 last year and now they are holding tight.
What we are not seeing is also interesting. I was talking to a customer last night and he mentioned that he was shocked to not see a ton of barely used firearms on the used gun market. In 2020 when everyone was buying up every gun in sight because of the riots and unrest, many industry observers assumed that those same people would dump those guns for pennies on the dollar once the scare passed. After a year with basically no rioting (compared to 2020), that hasn't happened. People are apparently still assuming things are going to go sideways and ammo sales are still brisk, as are ammo prices.
So what does this mean for us as most people reading this are "preppers" or gun nuts of some stripe or the other? The same thing I have been saying for months. Fill in the gaps. Set some stuff aside as extras. Keep bulking up on ammo and on spare parts. The old saying is one is none and two is one but being able to buy extra AR-15s on top of what you already have is a fleeting opportunity. If your pocketbook allows it, why not get an inexpensive but reliable lower and upper and toss a spare AR or two in the safe?
This is big, upgrade your existing gun. If you have a stock trigger, get something better. Maybe your optic could use an upgrade. Buy moar magazines. You can't have too many PMAGs. After all they are polymer and that means they can break. Have a half dozen or two dozen still in the plastic, doesn't matter, as long as you have them.
My rule is this: Get what you can, while you can, because when you can't is when you will need them.
The reason there aren't Australian-style Covid gulags in America is that while the Aussies are disarmed, we are uber-armed. You show up 'round these parts and try to take Bubba to a camp and Bubba will put a hole in your head. Just give him an excuse and see what happens when some guy who can pop a deer at 500 yards sees some government flunky showing up waving a piece of paper that says you have to go with him.
As long as you don't want to play Cowboys and Indians White Colonizing Genocidal Oppressors and Peaceful Indigenous First Nations people with lever actions and revolvers, you can buy all you like and you should. I may sound like a broken record but I don't think anyone will begrudge heeding this advice in the near future.
Posted by Arthur Sido at 11:23 AM