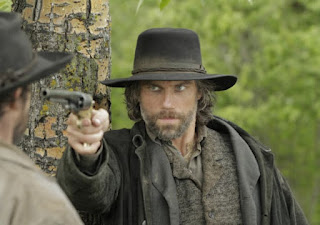 It wasn't that long ago that revolvers were very common. Many police departments were still using them until fairly recently in my life. They are simple to use and reliable but now are largely relics or curiosities. Semi-automatic pistols are generally incredibly reliable, if properly maintained, and are capable of holding 15 or more rounds. Even little concealable pistols can hold 10-12 rounds, double a revolver, while being slimmer and more easily concealed than most revolvers. Sure you can mostly only get the big magnum calibers in revolvers but with advances in ammunition even 9mm is plenty lethal for most situations not involving a brown bear. So why carry a revolver with six rounds when you can carry a reliable 9mm with 15, 17 or 21 rounds?
A big advantage and why you might want to have at least one revolver is that, unlike semi-auto pistols, the spent casings in a revolver stay right in the revolver until you manually remove them. Semi-auto casings fly everywhere and are immediately useful in identifying a firearm. More important, unless you take extraordinary steps while loading your magazine, every one of those casings has your fingerprints on it.
Now I can't for the life of me imagine any sort of scenario where you would be concerned about leaving behind shell casings with fingerprints on it. It is pretty baffling to me. But maybe some people out there can and perhaps for those people, who I don't know of course, a 158 grain jacketed hollowpoint .357 magnum round travelling at over 1200 feet per second that isn't leaving behind trace evidence is something that fits a need. No idea what that need might be.
Anyhoo, just something to ponder.
Posted by Arthur Sido at 9:12 AM