(Person Of) Color Me Shocked

The person of interest in the Waukesha massacre is..... 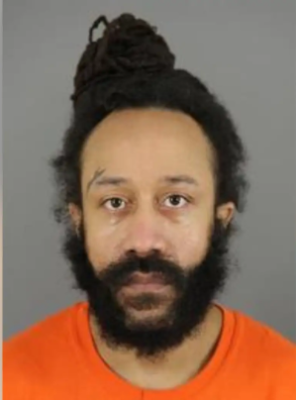 You could knock me over with a feather, that is how shocked I am.
This piece of shit is one Darrell E. Brooks Jr. of Milwaukee, a career criminal and general waste of oxygen.
He has a long rap sheet and a number of pending cases. Brooks’ most recent court appearance came on Nov. 5 for charges including reckless endangerment, battery, domestic abuse, resisting arrest and bail jumping. He was out on $1,000 bail for those charges at the time of the attack.
In July 2020, police charged him with three other felonies – including reckless endangerment and being a felon in possession of a firearm. He’s also listed as a Tier 2 registered sex offender in Nevada.
A background check from Wisconsin's Department of Justice came back with over 50 pages of charges against Brooks stretching back decades. In 1999 he received his first felony conviction for taking part in an aggravated battery – for which he received three years of probation, records show.
What a sweetheart! And what a suicidal society we have that a man with 50 pages on his rap sheet is out driving around and murdering and maiming what appears to be almost entirely a crowd of White people. What should have happened after about the 2nd page of a rap sheet is taking him out back, putting a round in his head and dumping his body in a ditch for the animals to pick over.
Watch the media spin round and around and around to hide this massacre of a bunch of White women and children by a black man.
Welcome to the race war, it has been going on for decades but maybe it is starting to feel real now?
Posted by Arthur Sido at 11:39 AM