Well if this doesn't make you enthusiastic about voting Republican next election, I don't know what will.
Sen. Rick Scott: Expect Anti-BDS Laws If Republicans Retake Congress
Sure there are a million things going wrong in America, impacting actual Americans, but the GOP will make it a priority to prevent boycotts of a foreign nation. That should help the Republican middle and working class base! 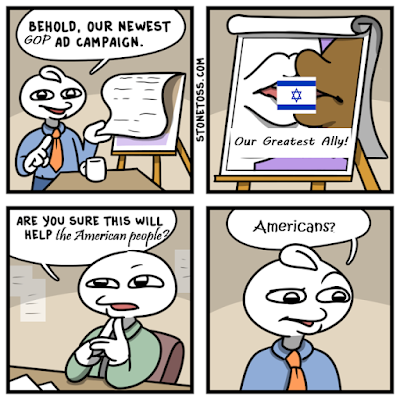 Seriously, there is a reason they are called The Stupid Party. With a little momentum coming out of Virginia, they could build on that and position themselves as the party of parents and freedom in 2022. Instead they seem to be angling to be the party of standing up for Israel.
What a pack of idiots.
Just in case you forgot that voting is fake and gay and that most Republicans don't give a shit about you.
Posted by Arthur Sido at 3:49 PM