I Need To Listen To My Own Advice 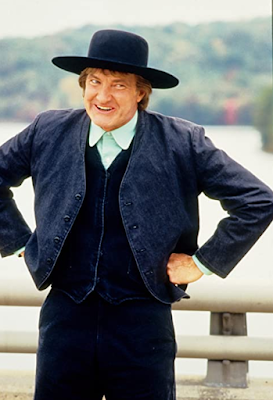 Full disclosure, I haven't seen Kingpin but I am "obtaining" it right now to give it a watch.
Took an Amish family out to dinner and then bowling last night to celebrate one of their kid's birthday. We have known her for years and are very fond of her so I was happy to drive them. Dinner was an an overpriced and underwhelming Mexican place in Fort Wayne. Very unimpressed. Then off to an entertainment venue for bowling.
About five minutes there and two things became readily apparent:
- This was the exact situation I warn against getting yourself into
- The setting and clientele is why we all need to know our ABCs: Always Be Carrying
In my nearly 50 years on this globe I have never set foot in a bowling alley until last night so my image of what a bowling alley would be like looks like a lot like a 1970s sitcom, lots of White guys in polyester pants and White women with big hair.
That was inaccurate.
About half of the patrons were White,  mostly teens and young adults, a few couples and families. Having fun on a Friday night.
The other half? 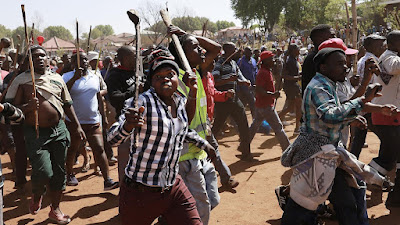 Jeebus, I had no idea bowling was so popular with the joggers. A few piles of burning tires and I would have thought I was back in Port-au-Prince.
Sure the bowling alley was naturally a little noisy with conversation and laughter, balls crashing into pins and some music playing but the real racket?
Wandering Africans, all shouting at each other. One corpulent black woman who, not kidding, walked past where I was sitting a dozen times, bellowing into her phone while she was video chatting with some other African woman, rocking some spandex outfit and atrocious fake eye lashes. A handful of their kids tearing around like maniacs. Multiple conversations happening at the same table, all at maximum volume. How charming! How enriching!
A mostly public venue with a large percentage of diversity, kind of dark and alcohol being served. That is a textbook set-up for something bad to happen. I wasn't bowling anyway so I spent the entire evening watching over the Amish and having my head on a swivel.
I take it this was a typical crowd because an off-duty cop in uniform had his car parked out front and was hanging around, showing the flag as it were, so I am assuming the alley pays him to just be there as a deterrent so that no "altercations" happen as those often turn kinetic when Africans are involved.  It wasn't in an especially bad part of town but it was close enough to the bad parts to be convenient.
One thing I knew for certain, if something went sideways it was going to be bad. Too many shady characters, too many Amish teens and kids who would freeze or panic. We probably shouldn't have been there at all, especially on a Friday night. Amish can be kind of naïve about stuff like this and a little fatalistic about bad stuff happening. I gently suggested future bowling extravaganzas be held in smaller venues with less access for the unsavory. That suggestion was warmly received.
Sure it sucks that there are places in the cities we built that should be fun family entertainment that simply are not prudent to patronize but something sucking doesn't make it less true. It was an important reminder for me. It is easy to talk about avoiding crowds when you live out in the country and only venture in town to get groceries but there is a reason for that warning. Obviously nothing happened and we could almost certainly go every Friday night for the next 12 months and nothing would happen but the odds of something bad happening go way up when you ignore the warnings. You don't get bonus points in life for tempting fate.
Just remember, we have rules for a reason and you ignore them at your own peril. Lesson learned.
Posted by Arthur Sido at 10:12 PM