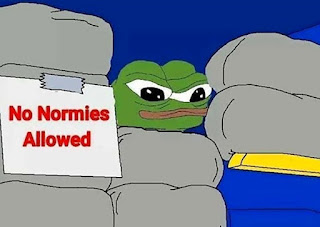 A question that the dissident right keeps coming back to has to do with the normie issue. There really aren't that many of us on the DR and we need more people just for practical purposes. On the other hand, trying to get normies to wake the fuck up is often like pounding your head on a brick wall. You can show them reams of evidence, written and video, and they all have a lifetime of experience to support the data, and they still refuse to wake up.
Adding to the irritation, most of our friends, family and neighbors are normies. We know that when things go tits up we are going to have to choose between taking a huge risk to bail them out or letting them go.
So what do we do? Wash our hands of them or try to keep recruiting them until the last moment?
I will freely admit that more and more these days I find myself with this attitude:
Normies are only useful as meatshields, living between me and the savages, and they will give the animals some early soft targets to focus on when things first go sideways. 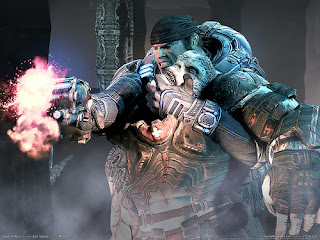 But here is the important thing to remember:
We all were normies once
Sure you may say you have always been a race realist and a political dissident but the truth is that all of us have held our tongue or tried to look the other way for most of our lives. I grew up in a basically all White small town. Words like nigger and spic were used pretty commonly and casually and no one pretended that all people were interchangeable with different "skin color". We were as conservative a family as you could find. Even still I spent many, many years trying to pretend that what I knew deep down wasn't true. I am not interested in getting into arguments about it, if you are convinced you have always been awake, good for you.
Anyway, one of the most common themes on DR blogs and websites are stories from people about how they went from being normies to being awake. The alt-right/dissident right co-opted The Matrix theme of taking the red pill to signify people waking up and realizing the truth of our situation: we are in an undeclared but open race war and one side doesn't seem to realize it.

It is The Great Journey™ that we all must take, from normiecon to Wide Awake. It is a perilous journey that is fraught with pitfalls and peril. Some people end up wandering into goofy shit and there is no lack of goofy shit on the far right, not as much as the far left since everything on the left is goofy shit, but still I run into goofballs, weirdos and outright freaks plenty often. Some are certainly Feds while others are certifiably insane but for those who can pick their way through the minefield comes a freedom to think and say what they know to be true. It makes people mad, hurts your job prospects and frays relationships but that is worth it to know the truth. So it is helpful to have people to guide you on your path.
The Zman sometimes refers to himself as a ferryman, helping to escort people from the shores of NormieLand and into the Red Pilled Reality. I like the imagery that evokes.... 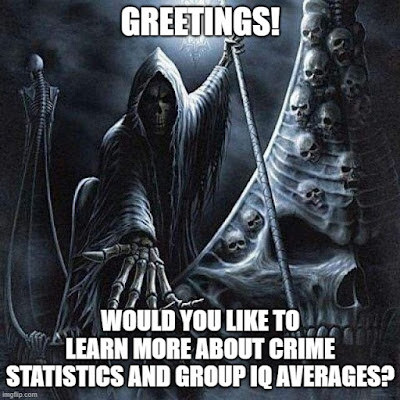 Few of us find our way across on our own, mostly we are being encouraged and cajoled by people we meet along the way. Even people who are politically savvy, skeptical and given to critical thinking are subject to conditioning. Helping others to break that is powerful.
With that in mind, how am I doing in helping others? Is that my role?
I know that this blog is mostly preaching to the dissident choir. The people reading here, at least the ones commenting, are almost 100% in agreement with a significant percentage of what I am writing. On the other hand, most of my posts get way more views than comments, like hundreds or thousands of views to each comment. That is certainly true for all of us who write on the intrawebz. Most of those are either bots or people who don't like to comment for privacy reasons or don't think it is necessary to say anything. But I am willing to bet that a lot of people who are reading but not saying anything are normies who have started The Great Journey. I say that because that was me some years back. Long before I started this blog in 2018, I was already reading unapproved blogs on the far Right. Some time before I closed shop on my old blog I had added naughty thought websites to the blogroll like VDare, Unz Review and Taki. My journeys online had started to include many alt-right websites, even some pretty extreme ones along with more mild and cerebral offerings. I was even blogging under a nom de guerre for a number of years before I switched to this blog, simultaneously blogging under my real name on my old blog. 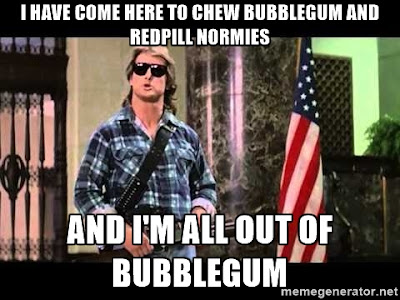 So based on that I assume that at least a few of the visitors here are in the exploratory stages of The Great Journey™. With that in mind, I do (believe it or not) temper what I say. I often go back and rewrite things to make them a little less harsh. Of course I also delete stuff because I figure I don't need to encourage the Alphabet Bois agents who might be reading my blog looking for naughty speech. It doesn't cost me anything to say things in a temperate fashion, unless you are a lunatic or a Fed no one is going to credibly accuse me of soft-selling my points.
In general, whether consciously thinking about it or not, I write here with my main dissident audience in mind but also with the understanding that others might be stopping by who are not all on board yet. Is it working? I have no idea. I certainly hope it is.
With all of that said, I also understand all too well the flip side of this coin:
Most normies would rather be left alone. They don't want to be helped and they won't recognize the truth until the muzzle is pressing against the back of their head. Maybe not even then. Most won't be helped and that is something you have to be OK with.
In 2019 I wrote a post that also evoked The Matrix: Why Cypher Is Really The Most Important Character In The Matrix For Today. Cypher if you aren't a Matrix fan is the character who betrays Morpheus and Neo. His reward? To be put back into the Matrix and forget everything he knows. We often fall in the trap of assuming that once we show them the red-pill, the arguments, the data, that everyone will of course come rushing to join us. That isn't true, and more often than not the opposite is the case. They will be angry not at the people trying to destroy us.
They will be angry with you for telling them.
The red-pill can be a bitter one to swallow. It upends all of the carefully crafted conditioning, everything they thought they knew about the world. Many people find themselves despondent, frustrated and angry to learn it has all been a lie. A lot of people simply prefer the comfortable lie over the harsh truth. That is why they become absorbed in sportsball and popular entertainment. It gives them something to focus on to drown out the sound of a society dying all around them.
So is it worth it? Is it worth the effort and frustration of proselytizing the normie in the hopes of making a few converts?
Yes and no.
No, because so many simply refuse to be helped. Yes, because we need all the numbers we can get. And yes because as they are now, so once were all of us.
Don't give up on the normies but don't expect to ever see many wake up.
Don't lose your compassion for these lost sheep but don't let your compassion distract you from speaking the truth and preparing to survive.
It is a careful balancing act but we are smart enough to handle it. Help those who are willing to be helped and prop those who won't in front of you as a meatshield. Either way, normies will serve a purpose.
Posted by Arthur Sido at 3:38 PM