A news story that hit the airwaves and then rapidly disappeared down the memory hole (see: Rape On The Train) involves a woman being assaulted on a public transit train while bystanders apparently didn't do anything to help and instead made some home videos.
More details have emerged and I couldn't be less shocked to find that the accused rapist is a fella named Fiston Ngoy and looks like this: 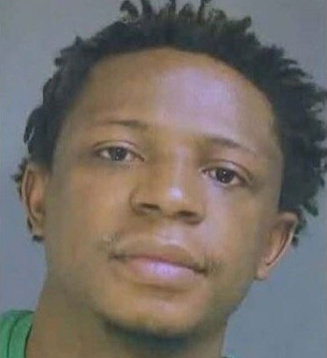 Not only that, he isn't a garden variety African living in America, he is a fresh off the boat African...
Man Who Raped Woman on Train in Philadelphia as Bystanders ‘Filmed it’ is an Illegal Alien From Congo with Prior Sex Abuse Conviction
Well of course he is!
Fiston apparently came here on a "student visa" because of course we need more scholars from the dumbest populations on earth to come to America and then invariably overstay their visa. We also know that he should have been deported already:
Man accused of raping woman on crowded train was released from immigration detention, never deported
Tucker Carlson Tonight has confirmed that Fiston Ngoy, who was arrested last week for allegedly raping the woman in a brutal attack on a SEPTA train in front of other passengers, came to the U.S. legally in 2012 on a student visa.
However, the 35-year-old Congolese national's visa was terminated in 2015 because he failed to remain a student.
Meanwhile, court records show that he racked up "multiple arrests and two misdemeanor convictions, one for controlled substances and one for sexual abuse." Ngoy pled guilty in 2017 in Washington D.C. to the sexual abuse misdemeanor and was sentenced to 120 days in prison and nine months probation.
He was put in immigration detention in Jan. 2018. However, he was never deported because he received a "withholding of removal" from an immigration judge in March 2019 after the Board of Immigration Appeals found that his misdemeanor sex offense was not a "serious crime" that would have made him ineligible for such a stay.
As a result, Ngoy was released and only had to report into Immigration and Customs Enforcement (ICE) under an order of supervision (OSUP). The Department of Homeland Security says OSUPs involve conditions being placed on those who have been temporarily released from custody, typically involving regular check ins.
According to the same story, the assault lasted six minutes and bystanders took out their phones to record a man raping a woman. Think about that for a second. It also makes me wonder, a lot, about the race of the woman being raped and if no one intervened for that reason.
I am assuming he is from the DRC, the "Democratic" Republic Of Congo. Not the first time a Congolese has appeared on these pages, three years ago I wrote about the ungrateful bitch of an African named Therese Patricia Okoumou who climbed on the Statue Of Liberty to protest having a better life here or something: The Gratitude Is Heartwarming
As BCE and others have pointed out, the Congo is known for loving them some raping and they are bringing their love of murder, dismemberment and rape to the U.S. To reiterate, bringing third world savages to the civilized West doesn't civilize the savages, it just makes Western civilization more savage.
The capital city of the DRC is a festering wound on the banks of the Congo River called Kinshasa, a sprawling dump of some 15 million people. Go to Google maps and turn on satellite mode and look anywhere you like in Kinshasa. I picked two places at random but the whole place looks like this: 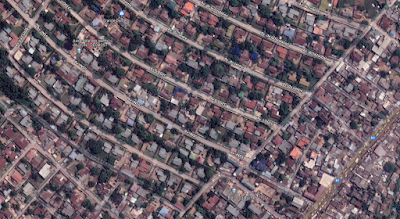 Shacks made of rusting metal, dirt yards and "roads", an utter shithole. There are a couple of small neighborhoods that look less shitty like where the embassies are located but otherwise anywhere you look is just like that. You can zoom in on most cities in Africa and see the same thing.
Lagos, Nigeria: 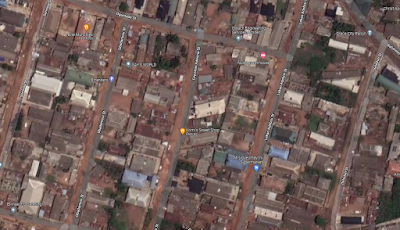 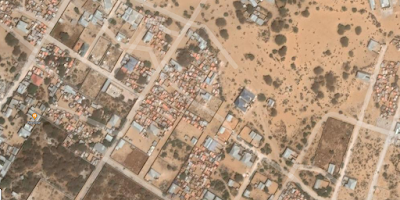 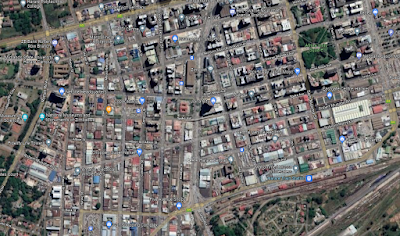 It is not just in Africa itself. You can look at Port-au-Prince in Haiti, not metal roofs because they don't have access to the metal sheeting but concrete, poorly made which is why so much collapsed during the earthquake. Everywhere with anything valuable has bars on the window, tall concrete walls topped by razor wire and broken glass and metal security gates. 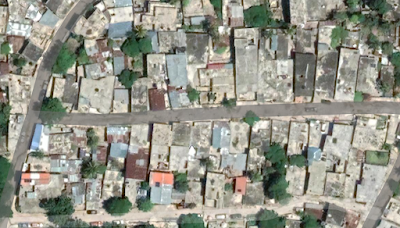 Or even in the U.S. where Africans are concentrated, like Detroit. 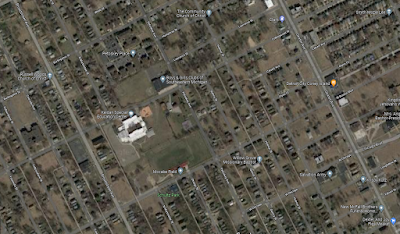 Notice all the gaps with no houses, those are where abandoned homes were razed and nothing has replaced them because who in their right mind builds a house in Detroit?
These all have a common thread linking them together: a critical mass of Africans.
I don't really blame the Africans for living like this, it is apparently the best they can do apart from intervention from White people. Left to their own devices, no matter the infrastructure they inherited, this is always the end result. Almost no people group on earth is capable of creating and then sustaining the sort of civil Western society we take for granted and this is particularly true for Africans.
So it really isn't their fault.
But it also isn't my fault.
When the country my people built is flooded with people who have utterly failed to maintain the basics of civilization wherever they have the opportunity, it invariably turns the country we built into the same sort of place that they fled. We always are lectured about them coming here for a "better life" which they certainly have in America but no one seems to wonder about the lives of the people already here. It doesn't take much wondering, we know that the result is poorer, dirtier, more violent, less free than what we had in the past.
The near future of America is going to look a lot like the current state in Kinshasa and Lagos. You can't import the world without inheriting the world's problems. Most of these new "Americans" are going to end up in the big cities like Philadelphia, turning them into no-go zones.
Have I ever mentioned that you need to get away from those cities and suburbs?
Posted by Arthur Sido at 1:22 PM