These People Are Insane

The BBC ran a "documentary" on the Capitol "insurrection" of January 6th and boy howdy did they find some lunatics, especially the chick they quoted in this Daily Mail headline:
'I thought I was going to die': Staff assistant for House Speaker Nancy Pelosi reveals she feared being 'tortured, raped and shot' as she hid under a table during US Capitol attack
This is the chick in question, Leah Han... 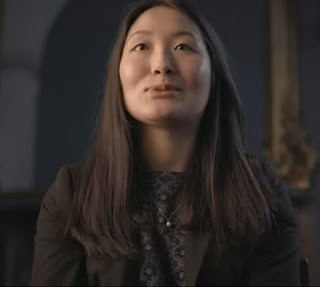 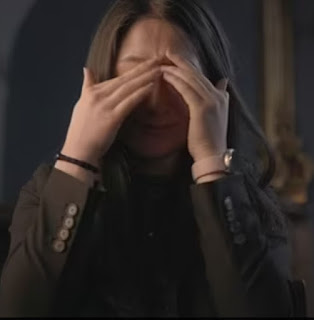 And the Oscar goes to....
Here are the money quotes:
'I was thinking, "If they find us, are they going to keep us hostage? Are they going to torture us, am I going to get raped, am I going to get shot, do they have weapons?"
'Then they started banging on our door, they just didn't get in. I still don't know how they didn't, maybe they just didn't think it was worth trying to open because it looks like nothing back there.
'I thought I was going to die, I didn't think I was going to go home that day and I knew if I text my parents to tell them I love them I was going to cry and I just couldn't. I was not going to let myself cry. I figured if I'm going to die my parents will know I love them'.
She looks like she could have use a decent rogering.
Again, no one was in any danger other than the American citizen who was gunned down by a trigger happy black cop.
Then there is this guy, "Officer Michael Fanone, of the Metropolitan Police Department of the District of Columbia" who makes this claim:
Michael was brutally attacked during the protests after being dragged down the Capitol's marble stairs by rioters and beaten with pipes, tear-gassed and tasered at the base of the skull multiple times.
---
'I remember kind of getting pounded from every side and I remember people yelling out to get his gun, kill him with his gun, and I started getting tasered at the base of my skull. It was excruciatingly painful.
I have yet to see any footage of this happening, unlike the shooting which is on film and yet has resulted in no charges being filed. All those people, all those cameras rolling, and yet....nothing. I am not saying Michael Fanone is lying but...actually scratch that. I am saying he was lying.
Then this from a Congressman...
As the mob encroached on the Senate chamber, Democrat Representative Ruben Gallego feared he would have to fight off the protesters himself.
'People were hyperventilating,' he said. 'It was just bad, they were scared, they were really really scared.'
'I was an inventory man in the United States Marine Core, I had to deal with some very aggressive crowds when I was in Iraq, individuals themselves aren't usually a problem. But when they get collectively together and create a mob, the mob is the weapon.
'I was ready to fight, I saw a lot of sh*t back in my day but I was not going to die on the floor on the f***ing floor of the house of representative. I was not going to get killed by some insurrectionist b*****.
'My plan was to stab somebody in the eye and throat and take away their weapon and fight to survive.'
Here is "inventory man" Gallego... 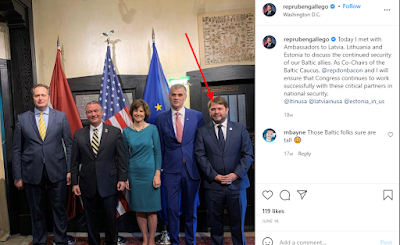 Yeah, he looks like a fierce warrior. He probably could single handedly have held off the "mob". What a clown. Do people in the military actually call themselves "inventory man"? I guess infantry call themselves "rifle shooting man".
Clearly some of these people, like Ms. Han, have been driven insane and really believe this bullshit. Other like Gallego know this is all bullshit and are just lying.
We are ten months removed from the January 6th "insurrection" and the media is still talking about it like it was 9/11 and happened yesterday.
Our entire ruling class is insane, without exception.
Insane. Insane and evil.
Posted by Arthur Sido at 9:11 AM