Lt. Colonel Stuart Scheller became a hero on the NormieCon Right for calling out the military leadership in the wake of the disastrous withdrawal from Afghanistan. For his trouble he was relieved of command and now is in the brig. Funds have been raised for him exceeding 2 million bucks, I would guess almost exclusively from Trump voters. Then this happened....
Lt. Col. Scheller Rejects Trump Support: ‘I Don’t Need or Want Your Help’
According to Scheller, he would "rather sit in jail and be released with a dishonorable than make compromises in my beliefs". 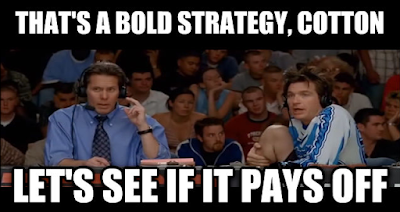 The comments on the article at Breitbart are exactly what you would expect from the readers of a NormieCon MAGA cult website.
Scheller clarified that it wasn't Trump who divided the country but that Trump is incapable of uniting the nation. That is true. He also criticized other former Presidents and military leaders by name but none of that matters if you dare speak against the Orange Man. It looks like love of all things military is Trumped by the cult of MAGA. 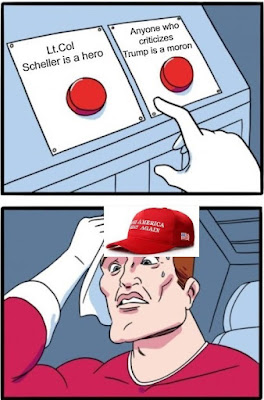