Kill What They Love And They Might Start Killing You Back

A reader recommended this video in response to my post How To Not Fight Fair, and I in turn recommend it to you, Vietnam vet Bill Ehrhart describing what it was like in Vietnam...
Some pretty eerie similarities, I wasn't there of course but it seems that the local response to our "liberation" of places like Iraq and Afghanistan wasn't all that enthusiastic despite promises that we would be hailed as liberators.
It turns out that people value their way of life and culture over a foreign imposed "freedom". When you set out to destroy the way of life and culture of a people, it can cause them to react violently. There might be a lesson there for our overlords, if they weren't completely historically unaware and illiterate.
Something else that was interesting that he said regarding figuring out which Vietnamese were friends or foes:
"The enemy was out there and we couldn't tell one from another.".
Our military hasn't performed that great when the enemy isn't obvious. Show us an enemy army in uniform, easily identifiable, and we will obliterate them. Even now with the woke military that is true. When the enemy looks the same as non-combatants or when people you normally think of as non-combatants suddenly start combat? Not so much, probably due in large measure to Americans being squeamish about collateral damage after 1945.
Our military today is still the by-product of the Cold War and the expectation of a major ground war being fought in Europe against the Soviets using conventional weapons and tactics: tanks, artillery, aircraft, ground pounders. Hell we still have an enormous carrier fleet that has more carriers than the rest of the world combined to project power on foreign destinations but who would we use those carriers against in a naval war?
It is still not really designed for the sort of irregular warfare we keep getting into. If our forces struggled in Vietnam and Afghanistan and Iraq where the enemy at least looked different from our forces, what happens when the bad guys look like your dad or your uncle? When you are trying to figure out which suburban dad with the minivan sniped three of your guys last night but they all look the same and worse yet they all look like you? Yikes. 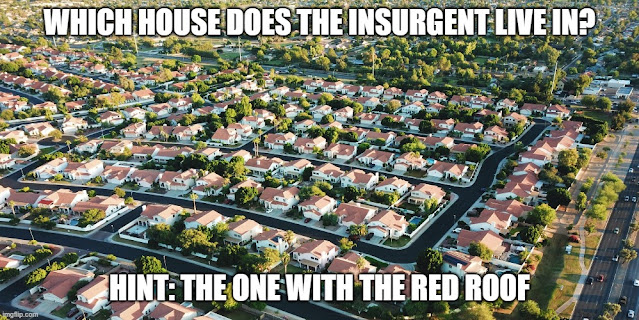 Unless they commit to levelling entire subdivisions, it might be pretty hard to root out the insurgents from the civilians. Then again they seem willing to use a "vaccine" to wipe out millions, so maybe carpet bombing a suburb is on the table.
What the video reminded me of is that the longer the Vietnam War dragged on, the more enemies among the Vietnamese it created. After 20 years of killing Taliban by the bushel, they seemed to have more guys when we pulled out than when we got there. Trying to stamp out a people by destroying their culture and way of life tends to spawn more and more people willing to shoot you to make you stop.
I wish that calmer heads would prevail and we could talk about how to go our separate ways before it goes kinetic. Most people on the "right" would be very open to this and more and more people on the "left" among the rank and file would be as well but the people who keep pushing this conflict? They don't want to avoid it, they want to accelerate it. If people with enough power and money want a fight, they will get it. That is where the Great War came from and the Second was more of the same.
Anyway, great video and thanks for the heads up.
When the regular guys who just want to go to the game and drink a couple with their buddies have everything taken away from them? 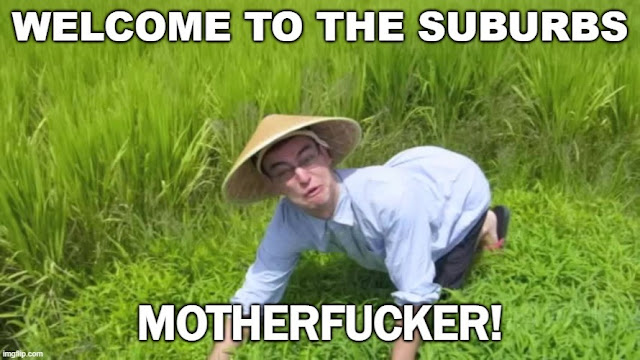