Based And Red-Pilled Torba 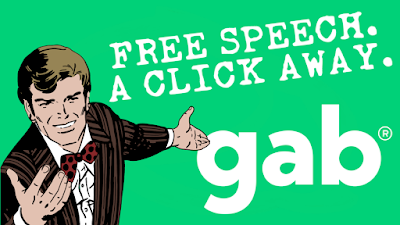 While on occasion I am critical of Andrew Torba, founder of Gab, let's be clear that he is a pretty lonely voice in the world of tech saying things that need to be said but virtually everyone else is terrified to speak out loud. This was on full display with his recent retort in response to the Anti-Defamation League's report on "antisemitism" on Gab: Gab’s Response To The ADL
Torba doesn't mince words here.
The ADL is an anti-Christ, Anti-American, and Anti-White hate organization. They should be registered as a foreign agent under Foreign Agents Registration Act for their operation in the United States on behalf of foreign interests in Israel.
All true.
Of course they are anti-Christian. Christianity and Judaism are competing and incompatible religious faiths. The people who talk about "Judeo-Christian" this or that are either shysters or theologically illiterate. The bad guys in the New Testament aren't the Romans but the Jews.
And yes they are anti-American. How else can you describe an outfit that at every turn is working at odds with the best interests of the (actual) American people, decrying "White supremacy" which is nothing more than the culture of the people who made this country in the first place.
And sure, they are anti-White, seeking the displacement and suppression of White people in the very country that we built and foolishly gave shelter to people who are now trying to eradicate us. If you elevate the concerns of non-White people over those of White people, especially because of the economic and political advantages you gain, then by my definition you are anti-White.
The ADL's goal is obvious and typical, to make Twitter bend the knee and block links from Gab. I have been using Gab since it's early beta inception and I can't ever recall linking to a Gab post on Twitter. I might start now just to give the finger to the ADL.
What is especially telling is that as Torba points out, very little traffic to Gab comes via Twitter but that doesn't matter to the ADL. If a single link gets posted on Twitter, they will force Twitter to block links to Gab. These people revel in forcing others to do their wishes. It is perverse and demented but it all too often works.
The ADL's ultimate goal is to be the sole arbiter of what sort of free speech is permitted in America and what is not. No surprise, permitted speech will not contain any criticism of Israel or any Jew or Jewish organization.
It has never been a good idea to let your enemy into your nation and it is even worse when you let them have power over you.
Posted by Arthur Sido at 9:31 AM