Chicago is really outdoing themselves in 2021 but don't look for the media to mention this. From the good folks at HeyJackass: 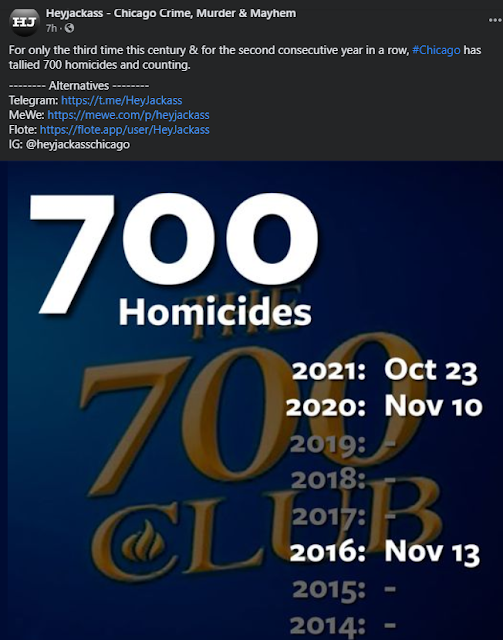 Hitting the 700 mark a full two weeks faster than last year and we still have over two months remaining.
Meanwhile the diverse residents of Chicago are rapidly closing in on 4000 people shot in the city this year alone. 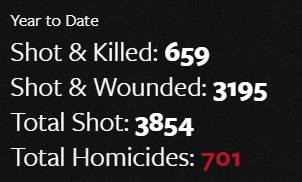 That pace is pretty torrid, someone is shot more frequently than once every other hour and they average more than two people murdered per day for an entire year. 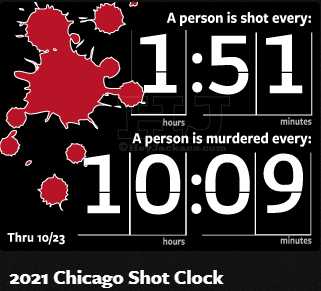 Maybe some midnight basketball leagues will solve this problem?
Posted by Arthur Sido at 7:19 AM