The most prominent Republicans in Congress yesterday were full of righteous indignation and fury, calling down the wrath of Heaven upon those demonic DEMONcrats!
Were they mad about the disaster on the border? Nope.
The massive national debt and reckless spending? Nah.
Still talking about Afghanistan? Not yesterday.
No, what really got the GOP in an uproar was....well you can see for yourself.... 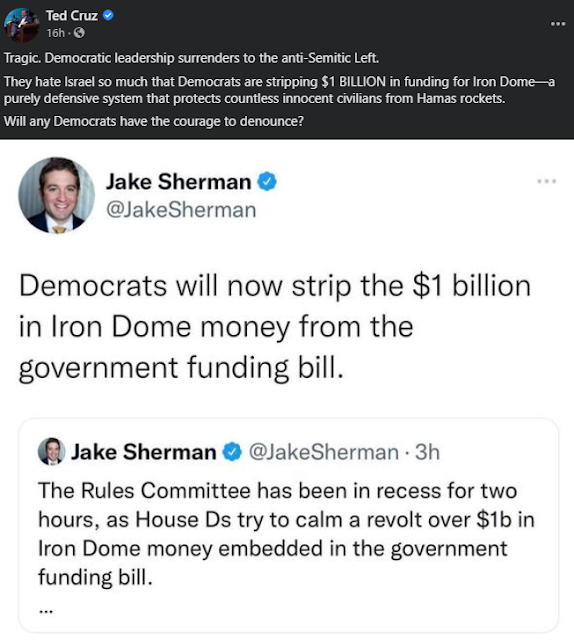 If you didn't know better you might think that the Iron Dome was a system that protected American citizens instead of the citizens of a foreign nation with one of the highest per capita GDPs in the world (see: Why Are We Sending Foreign Aid To Other Nations? Especially Wealthy Nations? ) 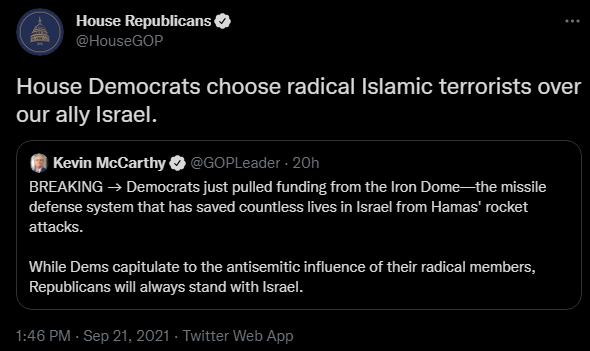 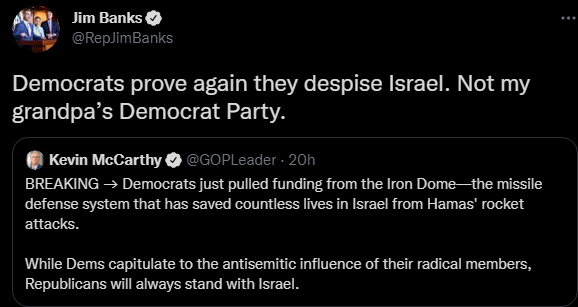 To which I responded.

Don't you worry though, the money for Israel ended back in the bill. No way they were letting THAT stand.

What a relief!
Just imagine if the Republican Party was this animated and unified when they held both chambers of Congress and Trump was President. Why, they might have built a wall on the southern border that would greatly reduce illegal immigration and then perhaps there wouldn't be 10,000 Haitians squatting under a bridge in Texas.
Just in case you have forgotten that voting is fake and gay and our elected officials are worse than useless.
Posted by Arthur Sido at 10:20 AM