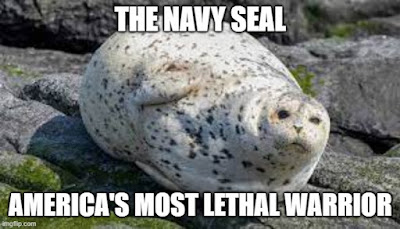 It was recently announced that soldiers, sailors, airmen and Marines would be required to get the "vaccine" and as a "legitimate order", refusing to comply could mean a dishonorable discharge. It has turned into the latest political flashpoint over coronavirus and the vaccine mandates with Republicans attempting to legislatively block the military from issuing a DD for service members who refuse the jab. Senator Roger Marshall of Kansas said:
“As a physician and veteran who is confident that the vaccine has saved countless lives, I believe vaccinating our servicemembers against COVID-19 is an important effort; however, whether or not to receive the vaccine should be a personal choice between an individual and their doctor,” Marshall said. “Servicemembers who refuse to get vaccinated, and are subsequently separated from the service, should not receive anything other than an honorable discharge. There is no question about it: American heroes should not be treated as felons because of their personal medical choices.”
That won't stop them from doing it but at least the GOP is putting up a fight, which they are reliable for when it is a fight they know they won't win.
Then a few days ago I started to hear rumors that one group of the military was refusing in significant numbers and not just any group. The segment refusing were the Navy SEALS.
That mandate, though, leaves many U.S. troops facing a tough personal decision. Just the News reported this week that hundreds of Navy SEALs have been told they will not be deployed if they don't receive the vaccine and will no longer be able to serve as a Navy SEAL.
“We generally have about 2,500 Navy SEALs,” said Robert O’Neill, a former Navy SEAL who claims to have killed Osama Bin Laden in Operation Neptune Spear. “It takes time to get to certain levels. Hundreds are leaving because of nonsense.”
Hundreds of SEALS getting pissed and quitting?
The SEALS are one of the most lethal groups in the military. When you read about their history and the fact that they were chosen to allegedly take out Osama bin Laden, it paints a picture of people you don't want pissed off at you.
The U.S. Navy SEALs were established by President John F. Kennedy in 1962 as a small, elite maritime military force to conduct Unconventional Warfare. They carry out the types of clandestine, small-unit, high-impact missions that large forces with high-profile platforms (such as ships, tanks, jets and submarines) cannot. SEALs also conduct essential on-the-ground Special Reconnaissance of critical targets for imminent strikes by larger conventional forces.
Or as Big Country Expat describes them:
Well, actually, the few SEALs I've interacted with?  On a good day they tend to be the sleepy-eyed bored looking dude at the back of the room, who's usually calculating how much effort it'll take to kill every one in the aforementioned room.  So, yeah, it'll be calm and measured.  But NOT in the way I think these idiots think it'll happen.  Just short of locking the SEALs up, we're talking for real no-shit trained unmerciful killers.
Yeah.
A lot of ConservaCucks are upset about this because they love anything military and a significant loss of special operations guys would be bad for the military. Me? I think it is great for two reasons:
One, at some point I assume the U.S. military will be turned loose on us and the less lethal that fighting force, the better. I would rather face some soft tranny who joined to get his cock lopped off for free than some borderline insane killer SEAL.
Two, these guys are going to be bitter and angry at the government that forced them out after they spent a lifetime getting into the SEALS.
SEALS have the sort of training that should give the powers that be nightmares, because they know all the tricks and how to work around them. Clandestine, small unit, unconventional warfare is exactly what would be waged and a few hundred SEALS with a grudge are way more dangerous than a thousand guys like me with lots of cool gear but little in the way of formal training.
Please, I am begging you, keep driving the stoner cold killers out of the military, turn them against the government and replace them with swishy fags. What could possibly go wrong?
Posted by Arthur Sido at 3:49 PM