Meanwhile At The Border 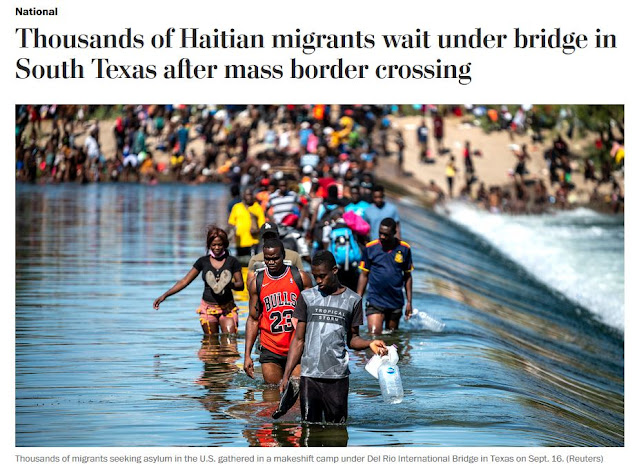 If you are a racist you might wonder how thousands of Haitians ended up under a bridge in Del Rio, Texas, especially if you know how to look at a map.... 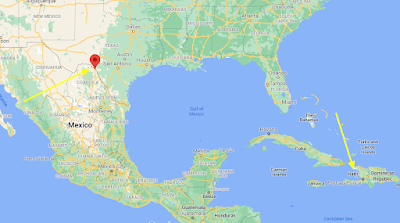 That isn't really walking distance, some 1700 nautical miles, and there is also that whole large body of water problem. According to the Washington Post article they have been coming up from....Brazil of all places.
The migrants arriving to Del Rio appear to be part of a larger wave of Haitians heading northward, many of whom arrived in Brazil and other South American nations after the 2010 earthquake. They are on the move again, embarking on a grueling, dangerous journey to the United States with smuggling organizations managing the trip, according to border authorities and refugee groups.
More than 29,000 Haitians have arrived over the past 11 months, the latest Customs and Border Protection figures show, including some in mixed-nationality families with children born in Brazil, Chile or other South American nations.
They have trekked through the jungles of Panama’s Darien Gap, navigated migrant camps and criminal gangs in Central America, and dodged border guards and troops along the highways of southern Mexico. Some say the economic toll of the pandemic pushed them to leave, while others see a more welcoming U.S. administration offering them a fleeting opportunity to reach the United States.
Oh, that makes perfect sense. They have been hanging around in Brazil since 2010 and now, for no reason whatsoever, are walking to Texas. Again, that isn't a brief stroll. 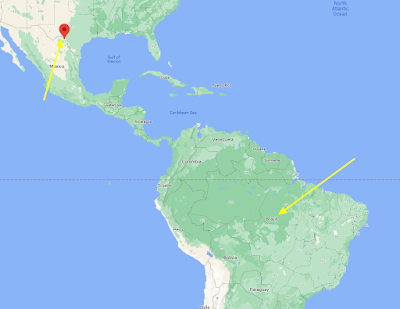 Almost 2800 nautical miles and that doesn't really capture the complexity of getting from Boa Vista, a random northern city in Brazil I picked, to Del Rio, Texas.
Haitian refugees without a pot to piss in somehow are getting transported from Brazil and Chile to the U.S. border. How exactly is that happening? Who is paying for it?
There are lots of pictures like this one at Infowars: Shock Footage: Over 8,000 Migrants Wait Under Texas Bridge, BP Calls Situation “Out of Control” 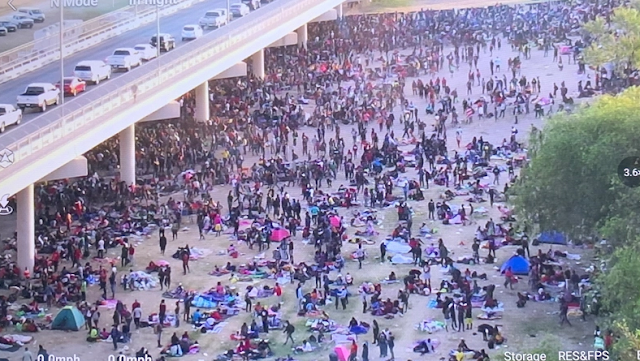 Thousands upon thousands of people from the most failed state in the Western hemisphere, people with no useful skills, no common culture and one of the lowest average IQs in the world. This is just what America needs and lucky for us, the Biden regime will likely rubber stamp their entrance into the country and then ship them to a red state. America is turning into an enormous homeless camp with nuclear weapons.
Just remember when you see pictures of this chaos that any talk of the Great Replacement is a White supremacist right-wing conspiracy theory and definitely not happening right in front of you.
Arthur Sido at 11:30 AM
Share