The Zman posts lots of content behind the Subscribestar paywall and it often deals more with pop culture than political stuff. The latest post was the Zman reflecting on a college football game he was watching on TV. Like him, I never watch TV and also like Z, I have noticed that if your understanding of America was based on commercials you might think our country was like 60-70% black instead of 13%. He also noted something that got me thinking....
The Africanizing of all TV ads is ridiculous, but it offers some amusing bits. One of the ads was from Bass Pro Shops. It was vibrant and diverse in ways that were so ridiculous it felt like satire. I have hunted and fished all over the country and I can count on one hand the number of times I experienced diversity. It is always white guys and usually middle-aged white guys. I've never seen a black guy coming out of the woods with a bow or a shotgun. I don't know if they exist.
I have noticed this as well. Because I shop from hunting and fishing places, I get lots of catalogs and it seems that ever since 2020 the catalogs are incredibly "diverse" even though in general the kind of stuff I am buying is almost exclusively done by White people. So just for fun I went to some websites of high end, super-Aryan outdoors sports gear providers. I just chose brands I knew, I didn't cherry pick to get the results I wanted. Here is what I saw....
First from Orvis, famous for fly fishing and wingshooting. 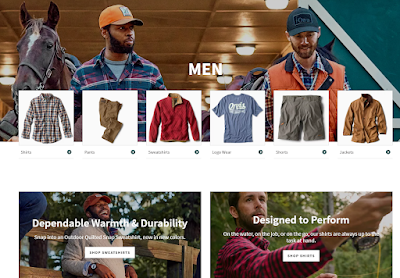 I have been fly fishing and wingshooting my entire life, and we have been Orvis customers for just as long. Never seen a single black guy engaged in the sport. Plus Orvis stuff is super expensive and is clearly styled and geared toward Boomer age and older White people. No black person would be caught dead in their stuff.
Next up, Filson. They are a very high end gear company, making some of the very best outdoor gear for rugged conditions anywhere.

A Filson tincloth jacket, one of their bread and butter items, looks like this: 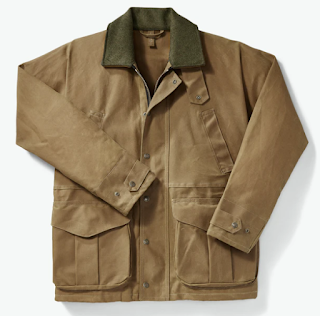 That guy will set you back $475. Clearly this is not aimed at the average urban dweller. I doubt more than a tiny percentage of White people have heard of Filson and the number of blacks who have even heard of the brand is probably essentially zero.
Let's go to Maine and check on L.L. Bean. 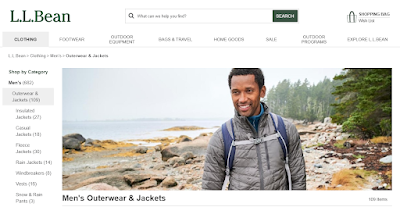 Have you ever seen a black guy dressed like that? And again, L.L. Bean clothing, flannel shirts and khaki chino pants and duck boots, are designed to appeal to older White people.
Just for fun, I went to Barbour, a British company that makes very expensive waxed cotton outerwear. 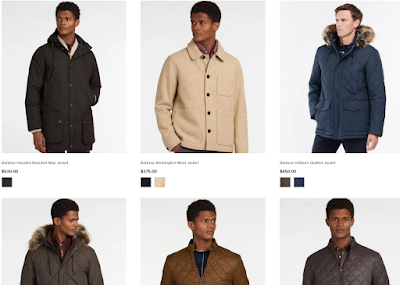 Maybe black guys in the UK wear $530 waxed cotton coats but not in America. Barbour makes the stuff you wear if you are out fly fishing or shooting driven pheasants. Great stuff, just not styled for blacks.
You get the point. The demographic of the customer base of these companies is overwhelmingly White guys like me. But their website and catalog all show a bunch of black guys. Why would you show your customers catalogs and websites that have a completely different demographic and moreover one your customers know isn't reflective of them? You wouldn't go to a clothing company that caters to young blacks and see a bunch of elderly Asian women on their website.
These companies are all taking their direction from marketing agencies who tell their customers that they need to be more "diverse". They are selling a political image, rather than showcasing their merchandise. It doesn't make me want to wear a Filson coat more because of a black guy on a horsie on their website. Kinda does the opposite.
There isn't a place in our culture that isn't being intentionally portrayed as anti-White. Whites, when they do appear in advertising and pop culture, are portrayed as either morons or evil or often as both. There isn't much you can do about it other than refusing to consume the anti-White drivel being shoved in your face.
Posted by Arthur Sido at 6:45 PM