From The Epoch Times: 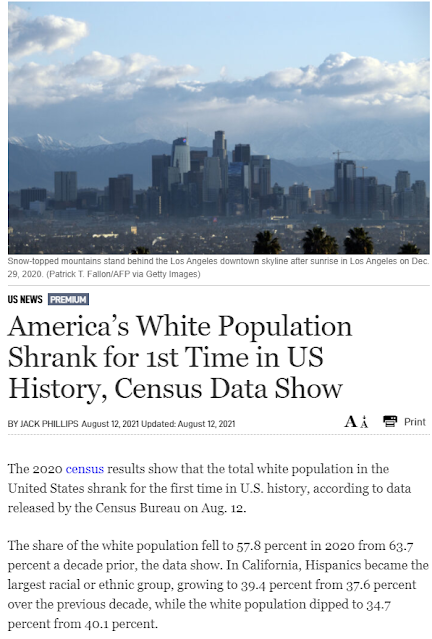 We are now at a precarious point where Whites are a bare majority overall and that majority is evaporating fast. The most populous state in the Union is only 1/3 White but California is not alone. Texas is also reporting a seismic shift in racial demographics.
Texans of color accounted for 95% of the state’s population growth. The 2020 census puts the state’s population at 29,145,505 — a 16% jump from 25.1 million in 2010. Hispanic Texans were responsible for half of that increase.
Non-Hispanic white Texans now make up just 39.8% of the state’s population — down from 45% in 2010. Meanwhile, the share of Hispanic Texans has grown to 39.3%.
Whites are now essentially tied with mestizos for the majority in the state of Texas. Still think Texas will always be a Republican stronghold?
This is of course celebrated by the same people who live lives of extravagance and comfort thanks to being fortunate enough to be born in a civilization founded by White people. The wealthy and powerful in America would die inside of 24 hours in most non-White nations but they waste no time pissing on the grave of the people who gave them or their forefathers shelter. For example the reliably anti-White Jewish blogger Jennifer Rubin. 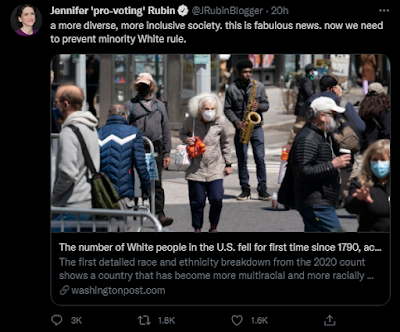 Who is the "we" she is talking about? The majority of the people in the non-White "we" despise her people almost as much as they hate White people. If she thinks they are going to get special treatment, she is going to be in for a rude surprise.
I am not sure I can even comprehend what a radical shift this has been, and just in my lifetime.

As recently as 1980 the United States was 80% White and has never in our history prior to 1980 been lower than that percentage. At 57.8% that is a decline as a percentage of the population of over 22%. For more than 200 years, a time period that saw America go from a new nation to the world's greatest country, America was understood to be a White nation with people of European ancestry. To be American was to be White. Today what exactly are we besides 350 million consumers united by little else?
This is one of the milestones that are harbingers of very hard times indeed. With our people about to be demographically swamped by people from the Third World on one hand, and a malevolent alien cosmopolitan elite allied with Quislings from our own people on the other, we are beset on all sides with no friends or allies other than each other.
I commented this morning on John Wilder's post, Remember: Your Mission Isn’t Done.
My mission is to secure the existence of our people and a future for my children and those of my people.
That sounds a lot like a fairly well known sentence. I don't care and I haven't for years. These days I don't care about being a good citizen, a productive member of society, a "conservative", a proud American or any of that bullshit. I care about protecting me and mine and those of my people who have not bent the knee. That is all and the rest go to hell for all I care. Almost no one else gave two shits about preserving this nation so it didn't go down the drain, and it is whether I try to stop it or not, so I quit trying. Today I am all about hardening my body and my heart, freeing my mind and getting as ready as I can for what is coming.
I didn't ask for this. I don't want it. None of us with any sense do. But it is coming whether we want it to or not. We have each other and that is going to have to be enough but without one another, we are doomed. 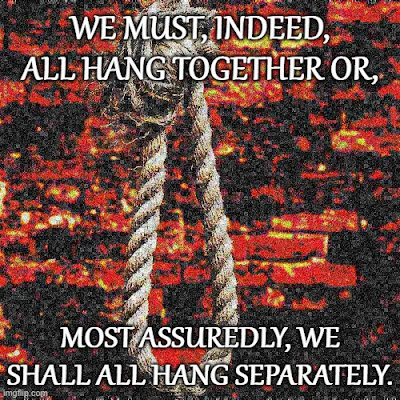