At the same time that masks, no family get-togethers and experimental gene therapy are becoming the new norm, we also have a different normal in our urban areas and it looks and sounds like this….

Crowds fleeing in terror because 13% of our population has zero impulse control and apparently thinks shooting into a crowd is a reasonable response to being upset. Worse, no one in authority has the balls to point this out, either because they are terrified of being called “racist” or because they want this to happen to smooth the way for more gun control. Things are spicy so far this weekend in Chicago of course… 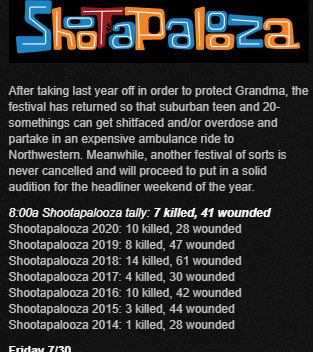 This is our life now, Africans shooting each other and their behavior leading to Americans being disarmed.

Never, ever give up your guns. Stay away from crowds. You know the drill.