Living the majority of my life in Ohio, Michigan and Indiana means living in automaker country. The best jobs for people without a college degree (and many with college degrees) were at one of the Big Three automakers. Our biggest local plant in Toledo was Jeep and getting a job there was next to impossible without some union connections. There was also a Ford plant, stamping or something, and a bunch of other associated plants like Dana. Auto worker jobs paid very well, had great benefits and were extremely coveted.
Where we live now near Fort Wayne, this is or at least was still true. The local General Motors plant on the south side of the city is the second largest employer in Allen County with other 4,300 employees. The plant assembles the Chevy Silverado and GMC Sierra, which I believe are still the best selling vehicle at GM. The jobs are not supplier jobs, they are actual honest to goodness GM jobs.
Anyway, our local radio station reported that GM held a job fair for new temp workers, direct hired by GM mind you to make sure you aren't an imbecile or insane before hiring you on full time. Apparently they were hiring people for jobs at GM on the spot. 10 years ago there is no way that would have happened but employers are desperate. I decided to check these jobs out and this was the pic greeting me at the GM careers site. 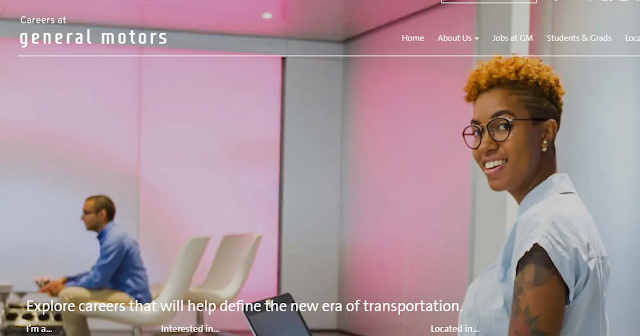 Ah yes, the African woman (?) with the dyke haircut, artfully torn off sleeves and covered in tats. I am sure she is an engineer or something, look she has a laptop and is wearing glasses so she must be smart and stuff! She kinda has a Simon Phoenix thing going on. 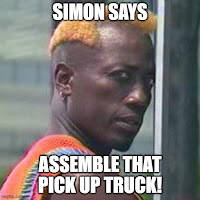 Anyway, these temp assembly positions in Fort Wayne are paying, for part-time work, $16.67 per hour. For part-time temp work as a direct hire employee of General Motors. That is crazy. Everyone around here has signs out begging for workers, advertising jobs at $15 -$20 per hour. Everyone is hiring. The local B.F. Goodrich site is open hiring on their website, not that many years ago they held a local job fair and the place was swamped with hundreds and hundreds of people looking for a good job.
With this many job openings and fall right around the corner, what happens when they lock us down again and start mandating the "vaccine" as a requirement for employment? How many businesses will just fail because they can't get employees or their suppliers can't provide enough parts, which will lead to some foreign company filling in the gaps and further tanking the economy?
These once highly sought after, nearly impossible to land, jobs at automakers are now sitting vacant and they are hiring warm bodies just to try to find a few decent people.
A nation cannot survive on a culture of mass consumption of cheap consumer goods and even cheaper calories.
Posted by Arthur Sido at 9:10 AM