Do Nothings Are Know Nothings

Relistening to a podcast from The Zman from a few weeks ago, Lessons From The Bolsheviks. He was talking about how basically all of the early Bolsheviks had never had a real job. It was true then and it is true now that most of the far Left loons endlessly blathering about "workers" have never had a real job. They don't know what workers want because they have never been an actual worker.
Look at someone like Nancy Pelosi. Well don't actually look at her, you might want to use a shiny object like a shield to see her in the reflection instead of looking directly at her. 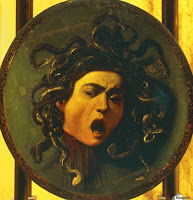 Anyway, taking Nancy Pelosi as an example. The Speaker was born in 1940, more than a year before the U.S. entered World War II. Yeah. She graduated from college in 1962 and according to Wikipedia began interning for Senator Daniel Brewster. Then it leaps to her working as a cog in the Democrat party machine. She was first elected to the House Of Representatives in  a special election in June of 1987 when I was still trying to figure out how to unhook a girl's bra. She has been there ever since. In other words, from what I can surmise, she has never had gainful employment doing anything. Maybe she worked some odd jobs when she was young but her dad was a Congressman and she was the only girl in an Italian family of 7 so more likely she was with her mom instead of working a part-time job.
This is true for many, many people in Congress and the various branches of government. Mitch McConnell has always worked in politics other than a five week stint in the Army reserves before being medically discharged. Of course Barack Obama currently hold the title of Least Accomplished Man To Ever Be President. Chuck Schumer? Ran for political office the year he graduated from Harvard Law (1974) and has been in office ever since. The current occupant of the White House, former Vice-President Joe Biden, is likewise famous for never having a real job. You can randomly search lots of political types, political authors, people at think tanks, people in leadership roles in bureaucracies, etc. and a huge percentage of them have never had a job. Hell, at least Alexandria Ocasio-Cortez was a tavern wench for a few years, shaking her ass for tips which is a real job but she was never in a position of authority at the level of an assistant manager at a McDonalds and now she is in Congress making laws impacting real Americans.
But the Zman was talking about not just old Bolsheviks but also /ourguys/. We have lots of internet personalities who have enormous clout but have zero real life experience. Not picking on specific people but someone like Nick Fuentes who is the flavor of the month. What has that kid ever done in his life other than Youtube, crashing C-PAC and hilariously harassing Ben Shapiro? Has he had a real job, does he even have a girlfriend? Or Richard Spencer, a rich kid who has done nothing of note besides write for a few publications and have a disastrous personal life. Milo Yiannopoulos, a degenerate who suddenly claims to be no longer homosexual? That guy glows like Chernobyl.
The people I trust, as far as I trust anyone on the internet that I haven't met in person? They have meaningful real lives that are plausible. Based on what and how John Wilder talks about his prior experience leads me to think he has real world experience. He has kids and a wife. Big Country Expat? Clearly has military and work experience, kids and a wife. The Zman speaks like someone who has extensive work experience although no significant other, at least not that he speaks of. Guys like Jared Taylor, Peter Brimelow, John Derbyshire, Michelle Malkin, Pat Buchanan? These are real people with real backgrounds that you can verify. Anonymous people who talk a big show but you can't be sure what is real and what is bullshit? People who clearly don't have families or any sort of work experience? Those are the people I take very, very cautiously.
These are people to be cautious of for a couple of reasons.
One, they don't know a damn thing.
It is a personal rule of thumb that people who have never managed other people or had to work in a complex work setting don't know shit about work. Even more so, the opinion on child-rearing from people who have never raised a child is absolute garbage and generally their offered opinions just piss me off. Have you had a toddler puke on you in the middle of the night? A teen sass you for the ten millionth time? No? Then shut the fuck up. I get it that not everyone has experience in everything but if you don't have any practical experience in anything? Your opinion means less than nothing.
Two, people with no job experience and no family are a lot more likely to be a Fed or perhaps an Leftist plant.
It is a lot easier to infiltrate some young guy with no family and a hazy work background into an organization than it is to come up with someone with a wife and kids who has verifiable job experience. Sure I could be lying about my background but you can also verify where I have worked and lived pretty easily. I can name old co-workers and bosses. I use my real name so you can trace my movements throughout my life if you are bored. Random internet dudes who are either a) Fedposting non-stop or endlessly yakking about The Jews or b) "experts" and know-it-alls who insist they are super knowledgeable on a particular topic but never provide any specifics are automatically suspect. There are lots of glowies out there and they are looking to entrap you. 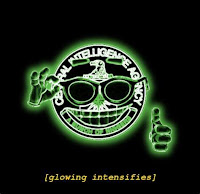 Basically you should ignore and be very wary of people who talk about a lot but haven't done squat. That rule of thumb might just keep you out of jail or in a dangerous situation.
Posted by Arthur Sido at 1:39 PM