In January I shared a post including a Tweet from Fenix Ammunition that stated they sold 300,000 rounds of 9mm in less than 15 minutes.

That was pretty typical, sometimes they would sell out of a run in under 5 minutes.
Today? 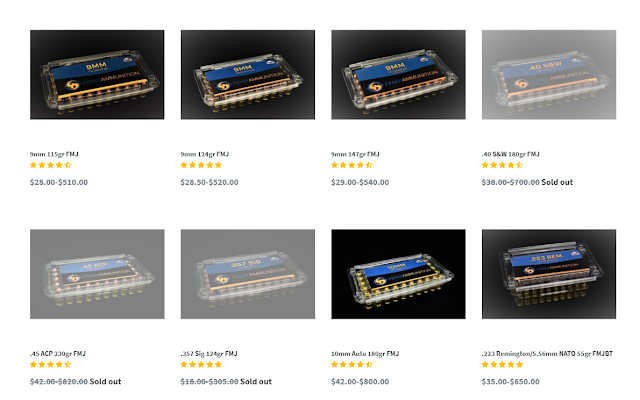 They have had all of their flavors of 9mm in stock for a week or more, plus .223 which used to sell out in minutes. They are out of .40 and .45 and also all of their defensive ammo because they are concentrating on FMJ 9mm and .223 but still.
I am still seeing people advertising their "great price" on 5.56 of $.70/round even though you can get brass case for under $.50 so be a smart shopper. I am not recommending you go hog wild just yet but the prices are slowly dropping, stubbornly so you can tell manufacturers are loathe to sell at less than the inflated prices they are used to. I suspect some places are sitting on ammo in the hopes that new lockdowns and/or riots cause prices to spike back up again, although we have been oddly riot-free for a long time. I am sure that has nothing to do with Orange Man Bad being gone and the totally spontaneous and organic riots not being orchestrated.
It is a challenge to see how far prices will drop before they take off again. Don't get caught watching the paint dry.
Posted by Arthur Sido at 8:07 AM