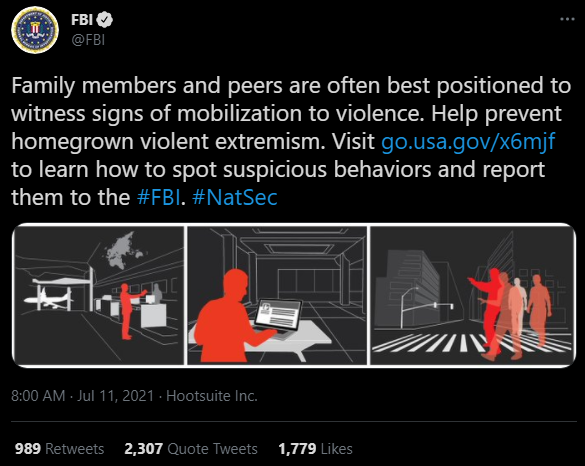 Rat out your family, it's for their own good! Where do I go to report the FBI for signs of mobilization to violence? Asking for Vicki Weaver and the children of Waco since they can't ask for themselves.
As you might imagine, the ratio is pretty awesome and the replies are very, very spicy.
The link is to a document originally from 2015 and it starts out with this lovely paragraph... 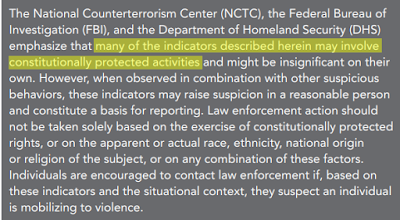 Sure it is Constitutionally protected but you should still rat out your cousin if he exercises his First and Second Amendment rights.
Most of the "indicators" in the document are obviously linked to Al Qeada, ISIS and other Islamist groups but now the FBI isn't worried about actual terrorists. They are laser focused on "White supremacists".
Getting family members to inform on their kin is straight up Stasi stuff and surely won't be abused at all. Are you getting the picture yet?
Posted by Arthur Sido at 6:41 PM