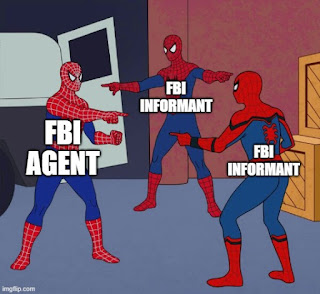 The Federal Bureau of Investigation is America's national law enforcement agency, with some 35,000 employees and an annual budget of nearly $10 billion. The Bureau of Alcohol, Tobacco, Firearms and Explosives has another 5000 employees and a budget of over $1.25 billion. The Marshal service has another 5,400 employees and a budget of nearly $1.5 billion. The Drug Enforcement Agency? Another 10,000 employees and a budget of over $3 billion. That doesn't even mention the Department of Homeland Security and their nearly quarter of a million employees and a $51 billion dollar budget. That works out to around $66 billion which makes the Feds one of the largest businesses in America, somewhere between Disney and Lockheed Martin.
By any measure, Federal law enforcement is big business. But keeping the money flowing requires some sort of justification. It doesn't have to be a good reason or even real, in fact fake threats are even better, but there has to be something. There must be a threat to be thwarted because without the threat, there isn't much justification for the enormous sums of money they draw from the Treasury each year. For the last 20 years there was the Muslim terror threat and that had a good run but we haven't had a decent terrorist incident in a long time. They need something new and anti-gubmint White guys kills two birds with one stone, a new make-believe "threat" and a license to go after the only people pushing back against the Great Reset.
In simpler terms, the demand for people breaking Federal laws far exceeds the actual supply. So the Feds do what any business does when things are slow: they go out and drum up some business.
While the FBI is generally considered to be the white hats in our little cultural kabuki, it is beginning to look more and more like they are at best ignoring crime until it happens so they can come to the rescue or at worst are actively inciting people to commit crimes.
When the "plot" to kidnap Michigan Governor Gretchen "Giant Head" Whitmer first broke, it sounded too ridiculous to be true. Who would want to kidnap that bitch and hold her for ransom? Five minutes of her yapping and I would be calling the FBI Hostage Rescue team myself and asking them to shoot me. I am about as anti-government as they come but never once did it cross my mind that a reasonable step would be to kidnap the governor of a state and hold her hostage. Regardless of how ridiculous it was, the Left immediately declared that this plot was a direct result of Trump and the media dutifully went along with it. That this "plot" was "discovered" in October, the month prior to the 2020 elections that Trump "lost" is not a coincidence. As it just so happens, a cool dozen of the people involved in the "plot" to kidnap Whitmer were some sort of FBI informants. Glenn Greenwald was recently on Fox with Jesse Waters to discuss this (video skips to relevant section)
Greenwald has been all over the resurgent narrative of the phantom menace of "White supremacist domestic terrorism". Here is a segment from a solid piece he recently put up: FBI Using the Same Fear Tactic From the First War on Terror: Orchestrating its Own Terrorism Plots
Yet from the start, there were ample and potent reasons to distrust the FBI's version of events. To begin with, FBI press releases are typically filled with lies, yet media outlets — due to some combination of excessive gullibility, an inability to learn lessons, or a desire to be deceived — continue to treat them as Gospel. For another, the majority of "terror plots” the FBI claimed to detect and break up during the first War on Terror were, in fact, plots manufactured, funded and driven by the FBI itself.
It makes you start to wonder: if it weren't for the FBI inciting and encouraging people to think about these attacks, would we even have any domestic terror plots, much less actual attacks? The Feebs are reduced to setting up a room full of informants with a cockamamie plot to kidnap Governor Giant Head and "preventing" some creepy incel from shooting up a sorority at THE Ohio State University. Hardly the stuff of a TV series.
It is a rock solid bet that if you run in these circles, even if you have never committed anything resembling an actual crime and never advocate for others to do so, the Feds are at least watching what you post. Maybe not here, I don't have a big audience, but over at Western Rifle Shooters or Big Country? Guaran-fuckin'-teed that some balding, fat Fed LEO is sitting in a cubicle in the basement of some office building reading, recording and probably posting inflammatory stuff to see if he can get a rise out of one of us on one monitor while watching dwarf porn on the other monitor. Sure it is basically entrapment, like pretending to be a teen girl to get a youth pastor or teacher to come to a hook-up so you can arrest him, but anything goes in the name of safety. It is easier to eat donuts and Fedpoast all day than to go into the shady neighborhoods of Chicago and Baltimore to go after actual criminals committing actual crimes. The orders from on high are apparently to ignore the Africans slaughtering each other in the cities and instead to focus on White middle aged guys harrumphing about the government on blogs. 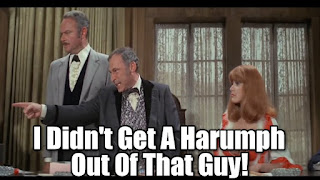 Just remember that they have an insatiable demand for dangerous domestic criminals and are quite willing to do anything and everything to sucker you into saying something dumb so they can arrest you for "attempting a hate crime" or some other trumped up bullshit.
Be careful out there. They need "criminals" and they don't care where they find them. 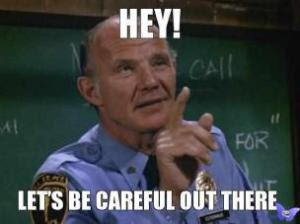