The ethno-nationalist Lügenpresse is on the case! 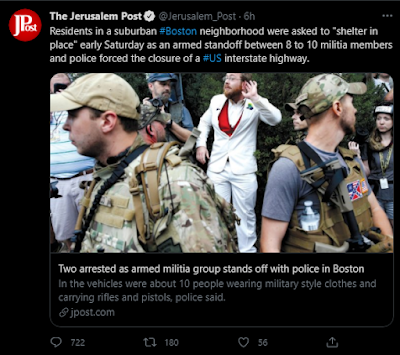 Eventually 11 men were arrested from a group calling itself "The Rise Of Moors". Here is an actual picture of some of those arrested... 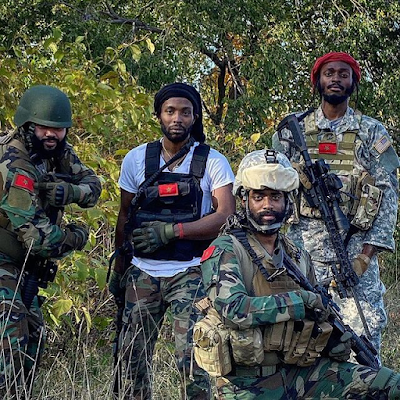 Why would the Jerusalem Post run post a tweet with a picture of White men that has nothing to do with the actual events? They aren't trying to gaslight people into thinking that this was a bunch of MAGA hat wearing White guys instead of a crazy pack of black guys, are they?
The source of the tweet is really all you need to know.
Posted by Arthur Sido at 10:41 PM