....or whatever the internet equivalent is, over to John Wilder's blog and read today's post:
The Wilder Response To Mr. Biden
I would typically recommend anything John writes as worth reading but today I am saying you really need to read it and I don't say that often about blog posts.
John is responding to the doddering, creepy lunatic who pretends to be President of the United States, one Joe Biden. Joe recently went off on one of his rants and said the following (quote from John's blog but it is accurate)
“Those who say the blood of patriots, you know, and all the stuff about how we’re gonna have to move against the government, if you think you need to have weapons to take on the government, you need F-15s and maybe some nuclear weapons.”
This isn't the first time a Leftist political figure has threatened to use nukes on American citizens for being insufficiently obsequious. Eric "Duke Nukem" Swalwell made a similar threat. There is something very weird about the political party that marched for peace and love, not to mention nuclear disarmament, now getting orgasmic at the idea of nuking American citizens.
John's response pulls no punches. He isn't one of those internet tough guys always muttering "Just you wait..." and making veiled threats of how many commies they are going to kill. There are guys like Big Country Expat who have the skills and experience to say some shit but most of these anonymous guys are just talkers.
John's people have been here for many generations and have bled for this country. They helped build it into what it is today. My people came over from Poland and Ireland in the late 19th century so the nation was already here when we arrived although they did serve in the big wars and earn their place. Those coming today? They didn't build shit.
Yet Joe Biden in his dementia addled mind thinks he has the right to threaten the people who built this nation from nothing. Make no mistake, when the Europeans got here there wasn't much. Yes there were people in North America but they were nomadic and savage, showing no signs they would ever be anything but that. They murdered, stole and tortured with the best of us. They were also weaker and they were conquered and from a vast wilderness a nation was made by blood and sweat and lots of people dying before their time so that people today can squander and surrender what they accomplished.
Joe Biden? He hasn't built a damn thing, not in all of the decades he has been lurking around D.C., sniffing kids and selling access. If he had never lived, the world wouldn't be changed one iota. His progeny are worse than useless. For him to threaten decent people who just want to be left alone? Let me echo John's uncharacteristic use of less than genteel language:
Go fuck yourself Joe. You and your bitchy wife and your whore "Vice-President" and your crackhead kid and that drunken harpy Nancy Pelosi and oleaginous Chuck Schumer, all y'all can go fuck yourselves. While you are at it, toss in Bill Gates and George Soros and all the rest.
Just remember that the people you are threatening once conquered the globe, taking whatever they wanted and killing anyone who got in their way. Not because they were worse people than other groups, everyone for most of history would have done the same. No, because when it comes to killing no one has ever done it better than us. There is a reason that the rest of the people of the world feared our people. Maybe someday we will wake from our fog of sports and consumerism and remember why they feared us. 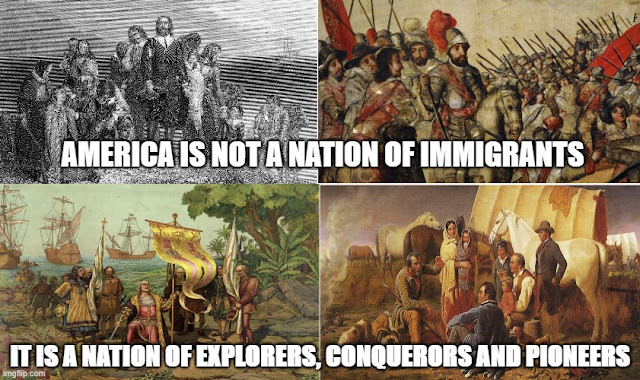