More From The "Why We Can't Have Nice Things" Files

From the article:
Residential complaints about Lake Merritt’s protest parties have prompted Oakland city officials to enact new rules limiting crowd sizes and increasing the police presence. For Black (sic) and brown residents who grew up celebrating by the lake, the restrictions underscore a long-running battle over who has access to public spaces.
“Are these (regulations) based on things that are reasonable or are they based on fear?” challenged Nicole Lee, a lifelong Oaklander and community activist who attended events at the lake in her youth and now helps organize them. “In particular, fear of young Black (sic) folks.”
White folk be always calling the po-leece on blaque bodies and shee-it! The columnist who wrote this, Justin Phillips, is a black guy who, like all black "journalists", seems to spend all of this time complaining about White racism. Like his entire Twitter feed is devoted to that subject.
Places on Lake Merritt are not cheap so you can understand people who own homes there not enjoying loud music and raucous parties by non-residents. 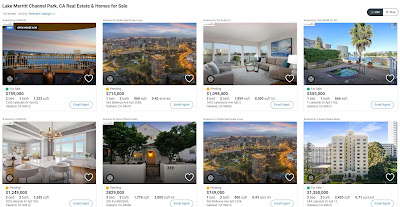 But I am sure their concerns are unfounded and just racism. After all, also from the article:
As the news outlet Oaklandside has reported, many nearby residents have been complaining of noise, traffic and litter associated with events at the lake. Oakland City Hall responded last month with new restrictions and more police.
“We can police ourselves,” said Robinson, who plans to bring BBQ’n While Black back to the lake in 2022. “We can be in those spaces, have a good time and do something that helps the whole community in Oakland.”
We can po-leece us selves! Indeed? Less than a month later...
Chaser:

From the article:
OAKLAND, Calif. (KGO) -- One person is dead and five others are injured after gunshots were fired at Lake Merritt near the Juneteenth Festival in Oakland Saturday, police said.
Happy Juneteenth y'all!
Loud parties, loud music, litter and the inevitable mass shooting. All part and parcel of living in proximity to Our Greatest Strength. No wonder people with million dollar condos are complaining.
Posted by Arthur Sido at 11:07 AM