In a completely shocking twist, the 17 year old arrested for the mass shooting in Austin, Texas turns out to look nothing like the description of a skinny black male with "locs".... 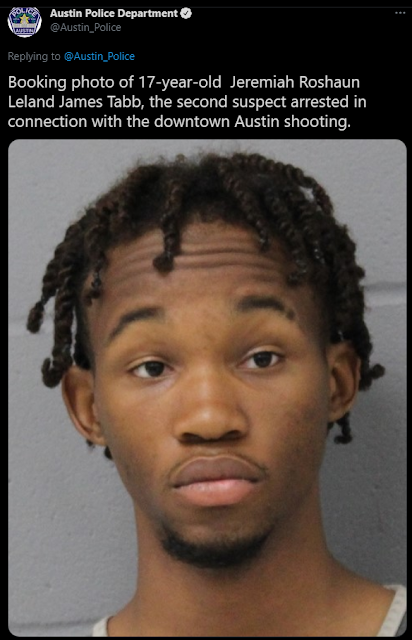 Oops.
His name is Jeremiah Roshaun Leland James Tabb and he looks like he had a bright future as a physicist or perhaps brain surgery. In fact he is such a scholar that he was taking extra classes to get ahead in school....
Teen Jeremiah Tabb Arrested While In Summer School In Connection To Downtown Austin Shooting
BCE, we know about Three Name Guy but what about Five Name Guy?
One person died as a result of the mass shooting, so far, a 25 year old White man named Douglas John Kantor. Kantor was apparently a graduate of the University of Michigan-Dearborn, worked in IT and was engaged to marry his high school sweetheart. 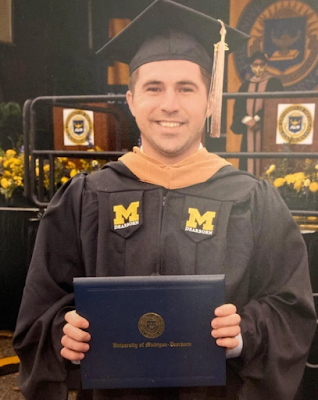 One dimwitted African who at 17 is now likely to go to jail forever.
One apparently decent White man who had a bright future is now dead.
Still very few are willing to name the real violent crime issue in America.
How many more of us must die to appease the woke racialist Left?
Posted by Arthur Sido at 7:00 PM