Where Was This Headed?

News from the Navy: 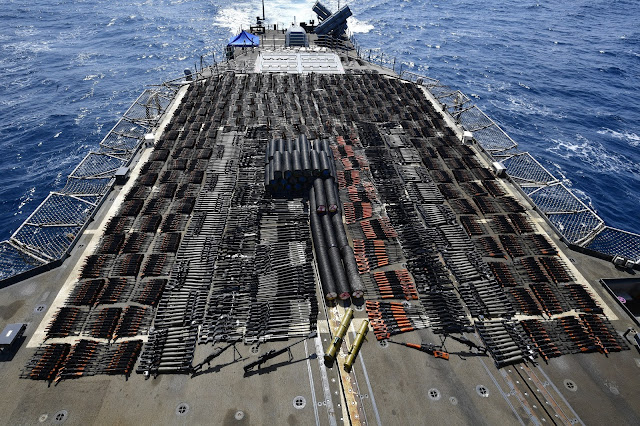 At least a hundred Dragunov variants? Some kind of super heavy sniper I don't recognize. Thousands of Chicom AKs. RPGs, machine guns, antitank weapons. That is some serious hardware.
I wonder if there was stuff on board that they didn't include in the photo? Surface to air missiles or something.
Also, how long did it take a crew of swabbies to unload all of that hardware and then line it up just right for a photo shoot? Your tax dollars at work.

According to the story...
The original source and intended destination of the materiel is currently under investigation.
I am sure they already know but just aren't saying but there are lots of places you can get to in the north Arabian Sea and none of them are good.... 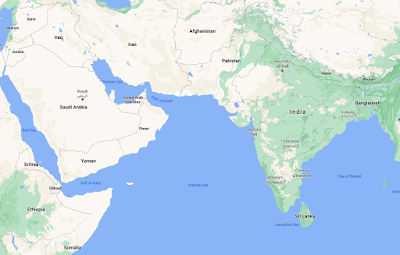 Or maybe that wasn't the destination. Maybe it was leaving from one of those places and headed for the U.S.? They got this one but how many don't they catch that are full of brand new arms headed for who the hell knows where?
The world is a scary place and getting scarier.
Posted by Arthur Sido at 10:17 PM