Life Under The Occupation 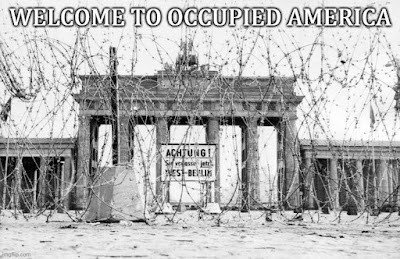 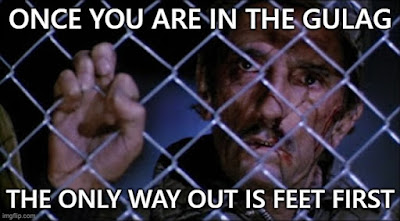 In practical terms, somewhat ironically, that means that online relationships are automatically suspect. Make real life contacts. They don't have to be people who are geared up with the tactical stuff, people who you can rely on in a pinch and who will keep their mouth shut are going to be worth more than an upgraded trigger on your AR.
We don't have much officially going for us. The government, media, education establishment and now increasingly the military and even churches are all lined up against us. What we do have are tens of millions of people who have had enough, people with more firepower than all of the infantry combatants in World War II combined who are quickly finding themselves with nothing to lose. The very reason they want to get rid of us, our general cussedness and rebellious streak, are what will give us what we need for the shadow war that we find ourselves in.
Do what you need to do to get your mind right. Get rid of obsolete notions like patriotism and the naïve reinterpretation of "all men are created equal". Reject and mock the Conservative Inc. grifters who claim that we can vote our way out of this if we pander to sexual degenerates and non-Whites just a little bit harder. Prepare yourself for a long and dangerous struggle that you very likely won't live long enough to see the victory.
Our country is occupied, our people marked for extermination and our culture under siege at every corner but what they know and we must remember is that as long as we draw breath and refuse to bend the knee, they will fear us. It is time to remember why they have always been terrified of us.
Posted by Arthur Sido at 11:32 AM