Justice Is Served I Guess

Earlier this afternoon the jury returned a guilty verdict in the murder of Iowa girl Mollie Tibbetts, despite the attempt by the defense to employ the Jussie Smollett strategy of blaming two gunmen who forced him to kidnap her. Shrewd lawyering right there. 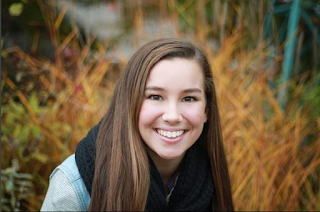 Ms. Tibbetts was a 20 year old White girl out jogging in Iowa when she fatally encountered an illegal alien from Mexico, one Cristhian Bahena Rivera who was here illegally in our country. Mr. Rivera rolled up on Mollie, who was cute and White, and apparently propositioned her. She told him to get lost and of course he just drove away. Just kidding, he grabbed her, stabbed her multiple times (9-12 times) and dumped her body in a cornfield. There was always a great deal of secrecy over the details of her death but based on crime scene photos she was wearing a sports bra and black jogging shorts. Clearly he was trying to hook up with her, because what every 20 year old cute college girl is looking for is to hop in bed with an illegal alien, but it appears that in some manner there was a sexual assault as her shoes, shorts and underwear were found separated from her body. The media has almost never mentioned that Mollie Tibbetts was likely raped or sexually assaulted by Rivera because that might make people recall what Trump said about rapists coming over the border. After all, Orange Man still Bad.
So now this piece of shit has been found guilty and probably spends the rest of his miserable life in an Iowa prison, at enormous expense to tax payers. In a serious country her dad would be given the opportunity to walk this trash outside and put a bullet in his head. I would be happy to volunteer as a substitute if he couldn't do it.
What makes this all worse is that it should never have happened because Rivera should never have been here in the first place. There is plenty of blame to go around, from politicians who have never lifted a finger to enforce border and immigration controls to the business owners who knowingly employ illegals like Rivera. Some of the greatest blame falls on those closest to Mollie Tibbetts, people who failed to teach her what the real world was like. I wrote about this in 2018 right after her body was found: Lethal Self-Loathing
The December before she was murdered by an illegal, Mollie tweeted that she hated White people, even though by all accounts she surrounded herself with almost exclusively other Whites. I don't blame her entirely, she was a dumb young girl who had been taught by those around her this weird self-loathing. Because of a piece of shit Mexican she never got to grow up to find out that the world is not what she saw on social media.
Mollie was failed by lots of people and institutions and because of that she is dead. It was an unnecessary and ugly death, just another in a long line of dumb and ugly deaths because our elites and overlords don't value the lives of the American people.
Rivera got what passes for justice but it is not a cause for celebration. The system finally sort of working at the end of this process doesn't make up for all of the failures that led to a pretty 20 year old White girl left brutally murdered in a corn field.
Posted by Arthur Sido at 6:15 PM