From Hell’s Heart, I Stab At Thee

Arthur Sido May 17, 2021 1 Comment
Oh you thought Trump was just gone and forgotten? Not so fast my friends.

This case, Dobbs v. Jackson Women’s Health Organization, is rightly called a direct challenge to Roe v Wade and Casey v Planned Parenthood. The Mississippi law bans abortions after 15 weeks or “pre-viability”, a critical distinction that gets right to the heart of the matter: can states restrict abortion before a baby is considered “viable” outside of the womb?
Now we will see if Trump’s three nominations to the court will do what we all hoped they would, and overturn the perverted “right” to an abortion. The tears and rage from the disciples of Moloch are delicious. This is what people who held their nose and voted for Trump always were hoping for, a direct challenge to Roe v Wade with a reformed court that would overturn that legal obscenity.
Of course overturning Roe might also provide a pretext for Biden to seek to pack the court to protect the precious “right” of infanticide.
From political outer darkness, Trump is laughing as he strikes at his most grotesque critics in their most unholy of sacraments. 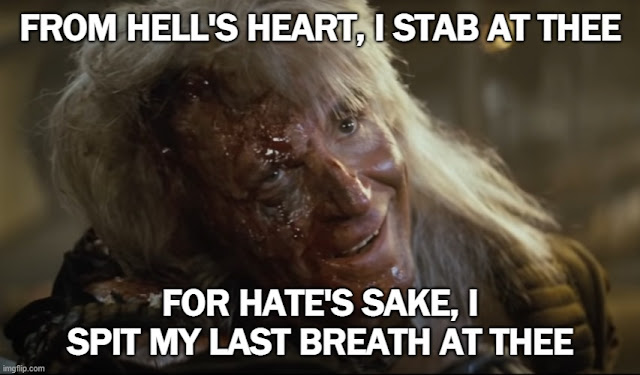