On two occasions in my lifetime I have had a reason to travel to/through the Lone Star state of Texas.
The first time was in the 80s when my brother was heading to school at the New Mexico Institute of Mining & Technology, located in the hellscape of Socorro, New Mexico. I guess it is a great school for astrophysics, the field my brother wanted to study. The "Very Large Array" is located nearby and there is nothing to do but look in the sky to distract from the awful location.
We drove from my hometown of Waterville, Ohio to Socorro, New Mexico and during our trip we crossed through Texas. 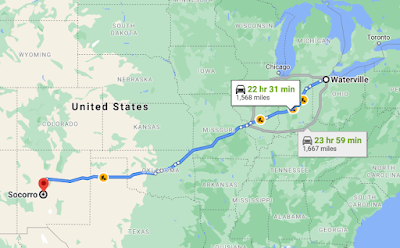 This was in the early 80s so there were no iPods or smartphones or Gameboys. Just me in the backseat of the car with my older brother, and we loathed each other. I had a bunch of books and read non-stop for several days. It was right before college started so it was late summer and it was brutally hot. What I recall from the trip was wondering why anyone would live in Oklahoma, Texas or New Mexico. I still wonder that.
The second trip was in I believe 2001 or maybe 2002. I was on business when I worked for Fidelity Investments and spent a week at their Westlake campus. It was nicer weather and a nicer area but still packed with people. I got a nice little award from Fidelity out of the deal although we didn't really do that much.
What that should tell you is that I don't know all that much about Texas and I don't have fond memories of the state but one of the things I really dislike about Texas is the undeserved hubris of people living there. I guess it is a northern thing, I don't find much I would brag about if I lived in Texas.
The point of the post is not my dislike for the climate of Texas but the weird, delusional condition of so many Texans. They are absolutely convinced that Texas will always be a "conservative", deep red state and nothing will shake them from that belief. For these people it is always the 1950s in Texas and nothing will change that.
I bring this up after the latest incident of cops appearing to side with antifa/bLM over a regular citizen who is fed up with their bullshit. In Plano, TX antifa/bLM was blocking traffic when a guy had enough:
Get the F**k Out of My Way!” – BLM Mob PULLS GUN on ANGRY TEXAS DRIVER After He Screams at Them for Shutting Down Traffic in Plano
Of course the cops didn't do anything to clear traffic but they did pull the angry citizen out of the way. I get it, it is easier to get one person who likely respect law enforcement to move away and defuse the situation than the no-win scenario of tangling with antifa but still it is bullshit. This didn't happen in Portland or Seattle or California, it happened in Texas and that has Texans confused. It isn't supposed to happen there. But it is and Texas is heading down the same path as California.
Blasphemy!
Let's look at the facts. From 1967 to 1974, Ronald Reagan was the Governor of California. He campaigned in part by railing against "welfare bums" and later went on to win the Presidency twice. That was then. In more recent decades California has been as deep blue a state as you can find. In 2020 Biden received almost twice as many votes as Trump, 63% to 34%.

What happened? Sure Whites became more and more liberal in California but that isn't the main driver. This is: 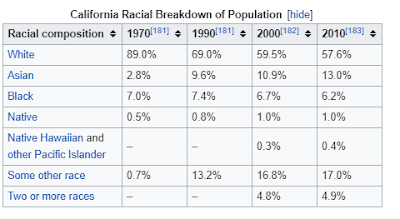 According to Wikipedia: "Between 1970 and 2011, non-Hispanic whites declined from 80% of the state's population to 40%, while Hispanics grew from 32% in 2000 to 38% in 2011." A state that was 80% White in 1970 could easily elect someone like Reagan. A state that is 60% non-White will never elect another conservative, not even a trannie degenerate freak like Bruce Jenner.
The map of the election in the picture above shows something we see everywhere. Urban areas vote Democrat, rural areas vote Republican. Something else is working here besides a decades long mass influx of highly fecund immigrants and illegals.
More California woes: State's population dips for first time in history
Making it worse, the people fleeing from California are presumably mostly Whites and Asians. Many are likely more or less conservative but a lot are probably liberals who don't understand the connection between their votes and California turning into a sunny shithole. As people who might be persuaded to vote for non-suicidal policies flee, the dimwits gain more power and become further entrenched.
Now let's look at Texas. Trump won Texas in 2020 so things are fine, right? Not so fast. 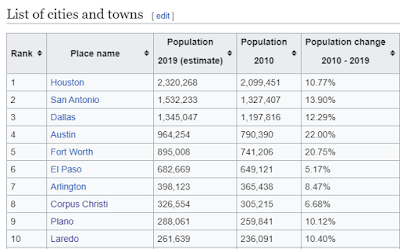 What party are the mayors of these big cities?
Houston: D
San Antonio: Independent, although the mayor Ron Nirenberg is Jewish and reliably liberal
Dallas: D
Austin: D
Fort Worth: R
El Paso: D
Arlington: R
Corpus Christi: D
Plano: R
Laredo: D
By my count, including Nirenberg as a functional D, that means 7 of 10 of the largest cities in Texas have Democrat mayors. Also note that the five largest cities in Texas all experienced double digit population growth from 2010 to 2019. Texas big cities are getting bigger and apparently more liberal. But here is the big enchilada: 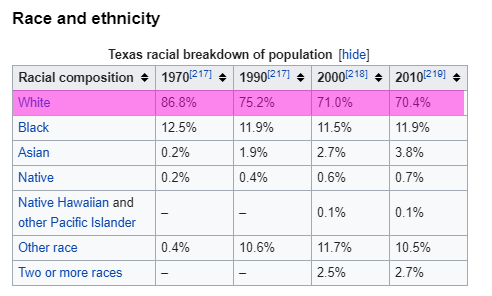 That is a little deceptive because it lumps mestizos in with Whites. Again according to Wikipedia, actual White people are only 41.2% of the population of Texas. Read that again.
Three out of five people in Texas are non-White.
As everywhere in America, non-Whites vote overwhelmingly Democrat. In 2020 exit polls showed this to be the case:

The Asian population is booming in Texas, and they vote Democrat. So do blacks and most important so do "natural conservative" mestizos. A nearly 17% gap in the mestizo population that is about to surpass Whites as the largest minority group in Texas. That is not going to improve anytime soon:

There is a double-digit gap between mestizos and Whites for babies, a gap that is growing slightly and is up to almost 15% in 2019. I assume it has been that way for a while. While the population of Texas is booming with around 8 million new residents in Texas from 2000 to 2020, the growth is only in one group. From Wikipedia:
Between 2000 and 2010, the total population growth by 20.6%, but Hispanics and Latin Americans growth by 65%, whereas non-Hispanic whites grew by only 4.2%.
The math is pretty simple. Mestizos are swamping Whites in Texas and with that comes the inevitable flipping of Texas to a currently purple state and very, very soon to a reliably blue state. Mestizos have very different beliefs compared to Americans and those beliefs translate into different voting patterns.
I don't care how fervent a believer in Texas you are or how your little rural small town in Texas votes. The Lone Star state is headed for California territory and soon, and there isn't a damn thing you can do about it. When Texas flips blue and takes the 38 electoral college votes out of the GOP column, there isn't a path to winning for Republicans. California has 55, Texas 38 and New York 29 electoral college votes for a total of 122. That is 45% of the votes needed to get to the magic number of 270. That spells "G-A-M-E-O-V-E-R" for the GOP.
They won, we lost and we lost because we played Whack-A-Mole with tactical policies while the Left was winning the war by strategically replacing the electorate with an easier to control, less White voter population. Texas has been a stalwart for a long time but that is about to end and likely as soon as 2022. Maybe Governor Gregg Abbott loses re-election if the Dems run a big name. Or maybe John Cornyn loses his Senate seat in 2024. Remember that in 2018 conservative darling Ted Cruz only defeated that bumbling idiot "Beto" O'Rourke by a margin of 50.9-48.3. If you can barely beat that dolt by 2.6% when Trump wasn't on the ballot, how do you think dishrag Cornyn will do in 2024?
The Left has been messing with Texas for decades and has seen their work payoff as Texas became majority-minority and they can smell the big wins coming, maybe next year but almost certainly in 2024.
It is time to face the facts. Despite the empty bravado, they messed with Texas good and hard. 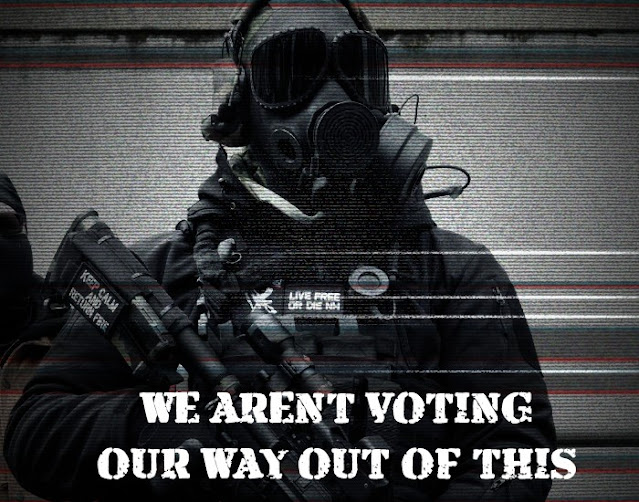